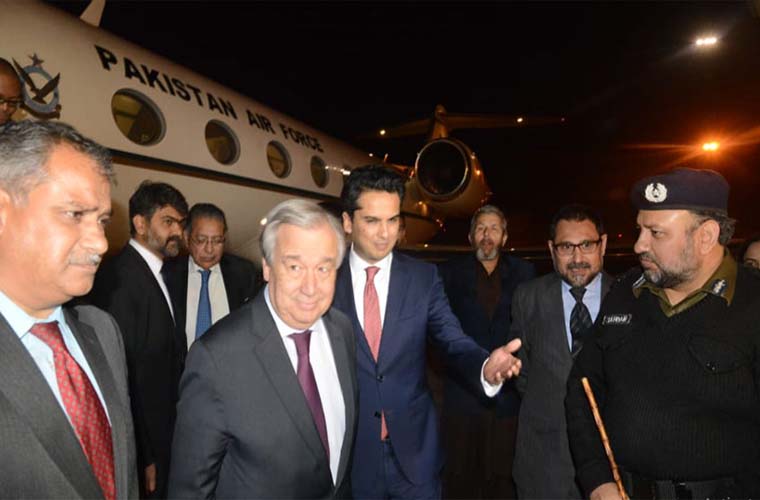 The plane carrying him and his delegation landed in Lahore late in night.

Besides, other high government officials also joined him at warm reception.

During his stay in Lahore, the UN secretary general will attend various functions.

He will also visit some historic places of the city.