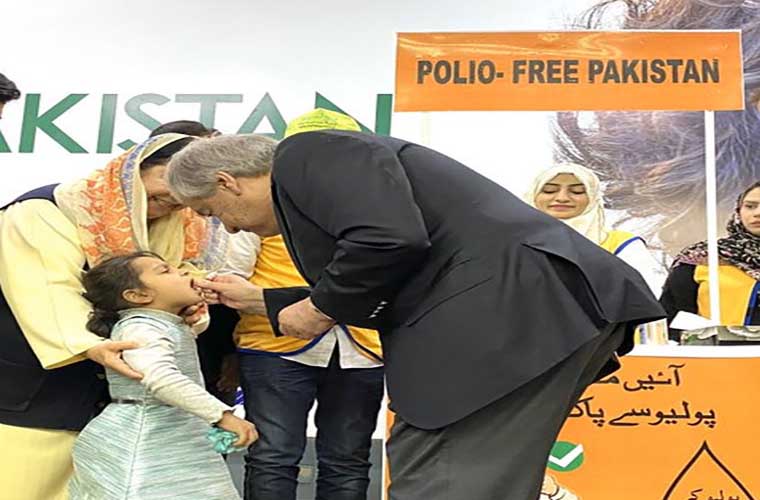 The Secretary General Antonio Guterres visited a school in Lahore.

There he administered Polio vaccine drops to kids.

Talking on this occasion, he said that we will have to make joint efforts to eradicate polio disease.

COAS reiterates Pakistan commitment to peace and stability in the region