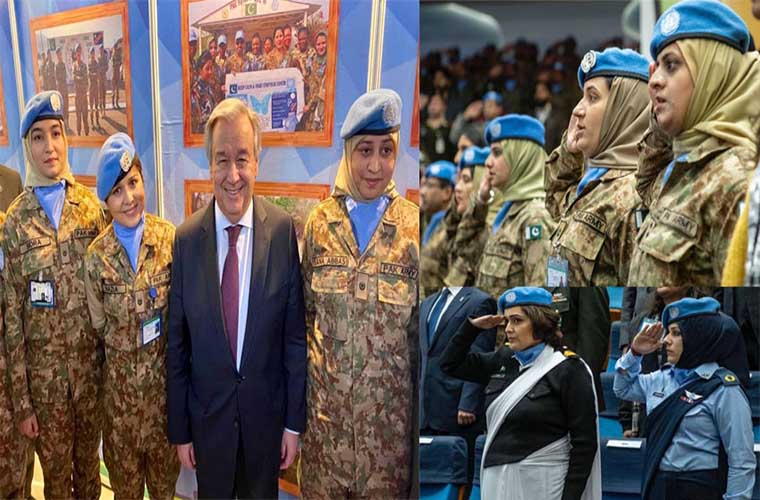 Meanwhile, he also showered Pakistan with praise during a speech in Islamabad yesterday.
“It is a great pleasure and an honour for me to be here in the Centre for International Peace and Stability, one of the most important institutions in the world that support peacekeeping activities in an extremely competent and professional way.
“We all know that peace does not happen by chance. It is the result of difficult decisions based on solid evidence and facts. The Centre for International Peace and Stability, and institutions like it, are improving our knowledge and understanding of threats to peace and sources of instability.  You are doing important work in the service of peace.
I myself graduated in engineering, and when I see the facilities and opportunities available to today’s students, I sometimes wish I could go back to college.
“I know the students of the National University of Sciences and Technology are making the most of your education by aligning your academic studies with the broader goals of sustainable and inclusive development, equal opportunities, environmental protection and social progress.”
He noted Pakistan as one of UN’s most consistent and reliable contributors to peace efforts around the world.
Since the first Pakistani deployment to the Congo – as it was referred – in 1960, Pakistan has contributed more than 150,000 personnel to 41 peacekeeping missions in 23 countries.
He said 157 Pakistani military, police and civilian personnel have paid the ultimate price while serving under the United Nations flag. He said that UN would never forget their sacrifice.
Today, Pakistan is the sixth largest contributor of troops and police.
More than 4,000 uniformed personnel of Pakistan are serving in nine United Nations peace operations.
They serve in some of our most dangerous missions, like in the Central African Republic and Mali.
Pakistani officers are also playing an important part as Force Commanders and Chiefs of Staff, and Pakistan contributes critical equipment, including a helicopter unit in Mali.
He said he had seen for himself the professionalism, the commitment of Pakistani military, police and civilian personnel in UN missions.
Hence he thanks Pakistan for thaht important contribution to creating a safer and more peaceful world.
United Nations peacekeeping is a beacon of hope for millions of people affected by conflict and instability.
Since 1948, over 70 UN peacekeeping missions have supported countries to make the transition to peace, fostering an environment of stability and development.
But as the nature of conflict changes, UN peacekeeping faces new challenges: rising threats to the security of peacekeepers themselves; difficult relations in several cases with the governments of some host countries; and problems in identifying an end-point and an exit strategy for our missions.
GTV