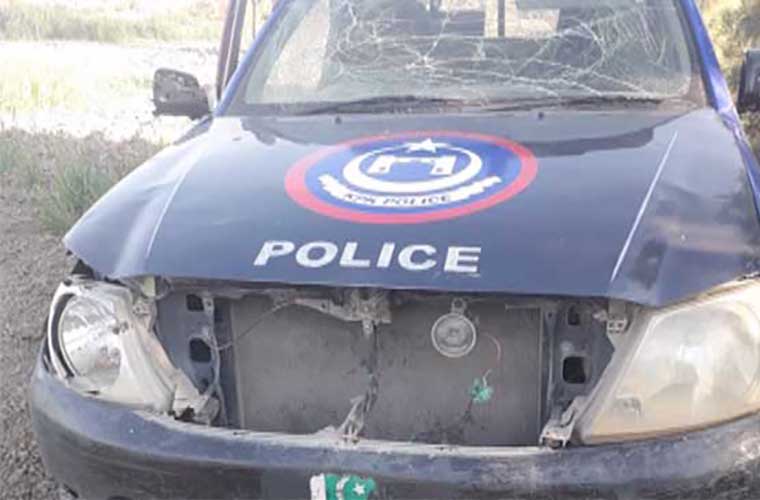 One personnel martyred in blast

According to details, the explosion was heard in Kolachi area of D.I. Khan.
Police head constable Riaz embraced martyrdom in the blast.
The rescue teams and heavy contingent of police rushed to spot.
They have shifted the victims of blast to hospital for medical assistance.
Meanwhile, security officials have cordoned off the entire area.
They are conducting a search operation.

Suicide blast kills 10 including 2 police cops in Quetta, Reuters reported.
The police vehicle remained the target of Monday’s terror attack near Quetta Press Club.
Reuters reported that at least 10 people lost lives in a suicide blast.
However, it quoted officials.
Otherwise, Pakistani media reported 7 to 8 deaths due to blast.
Reuters cited that according to the hospital official they had received 10 bodies so far and 35 injured in Civil Hospital.
However, a senior police official confirmed death of two police personnel due to suicide bombing.
Quetta Deputy Inspector General Abdul Razzaq Cheema said that explosion that occurred near the Quetta Press Club located on Shahrah-e-Adalat.

A blast had killed 14 people, including  a DSP in Quetta mosque.

So far, actual numbers of casualties remain unverified because of seriously wounded victims.

Notorious terror group Daesh (ISIS) claimed responsibility.
However, it said that its suicide bombing targeted Afghan Taliban.
But Taliban denied presence of its leaders in the mosque.
GTV