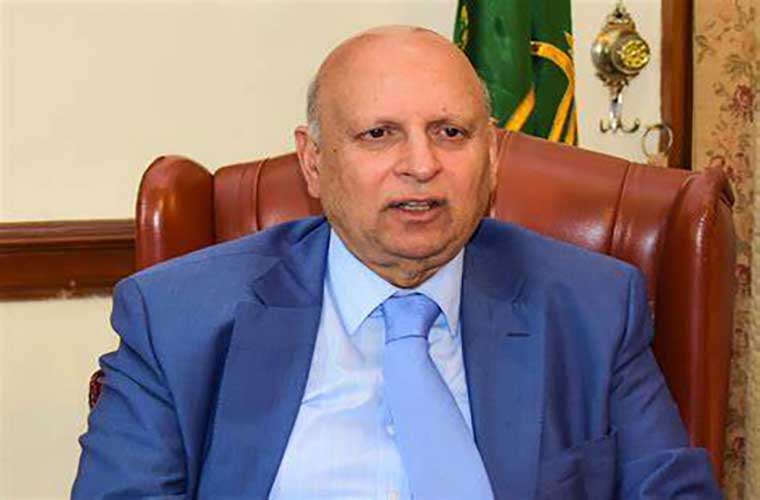 Governor Punjab sees opposition in danger due to its own corruption.
Governor Punjab sees opposition
During a meeting, Punjab Governor Chaudhry Muhammad Sarwar noted opposition danger becuse of ts own corruption.
Pakistan Tehreek-e-Insaf senior leaders attended the meeting.
They included:  including Punjab Health Minister Dr Yasmin Rashid, Punjab Industries and Trade Minister Mian Aslam Iqbal, PTI Punjab President Punjab Ejaz Chaudhary, Adviser to Chief Minister Dr Salman Shah, Nadeem Abbas Bara, Usman Basra and Zubair Niazi.
Governor further said it is the decision of 220 million people to hold accountability of those who committed acts of corruption.
He branded the opposition as not a well wisher of the nation as it hampers ational progress.
He said that the PTI government has not filed a single case against the opposition.
Ch Sarwar said that erstwhile political opponents had lodged those cases against each other in the past.
Moreover, he reminded the opposition that their leader caused damage to the national exchequer in the name of democracy.
However, he claimed, PTI is fighting for the country’s sovereignty.
He asserted that PTI government would not compromise on principles.
Chief Minister Buzdar meets Governor Punjab to discuss talks with PMLQ
President Alvi and Jahangir Tareen meet Punjab Governor and CM

Earlier this month, Chaudhry Sarwar said that PTI coalition partnership with Pakistan Muslim League Quaid (PMLQ)would remain intact.
He called President Chaudhry Shujaat Hussain a politician with positive mindset; hence, he would not end his alliance with the government.
He noted that Chaudhry brothers are also talking about maintaining alliance.
Ch Sarwar also said that the government’s negotiating team also remains in contact with Muttahida Qaumi Movement-Pakistan (MQM-P).
Besides, the team also has remained in touch with Balochistan National Party (BNP-Mengal).
Because the talks team want removal of their reservations.
Governor Punjab said that the government will complete its constitutional term working with its allies.
Moreover, he expressed hope that the issues will soon be resolved.

He said while talking to the media after meeting with the coalition partners in Punjab to address their grievances.

However, he made clear that Jahangir Tareen is part of Pakistan Tehreek-e-Insaf while the party remains united under leadership of Imran Khan.

He further said the government has decided to fulfill the promises which it made to the coalition partners.