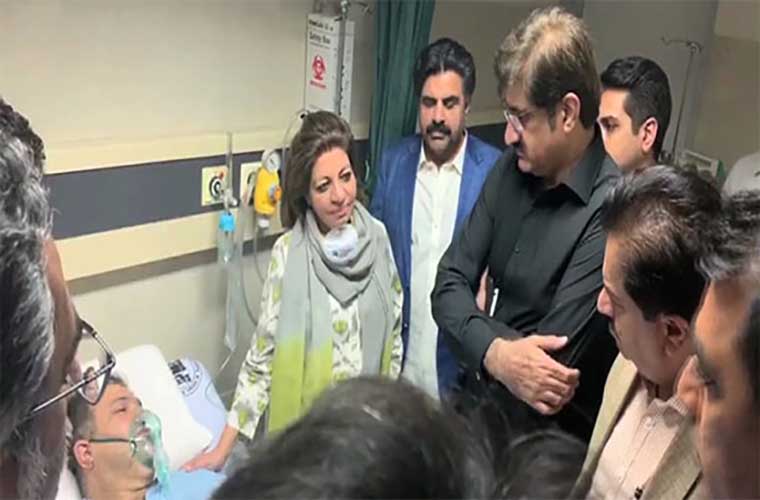 Death toll due to gas leak in Keamari rises to 8 with 2 more deaths today (Monday).
The poisonous gas leaked in the coastal residential area of Keamari in Karachi.
According to a private news channel, Sindh Health Department had confirmed the 7th death from the gas leak late Monday.

Death toll due to gas leak

The 7th person died at the Ziauddin Hospital while another man died at the KPT Hospital.
However, the actual source and type of the leak which occurred on Sunday night in Keamarir remain unknown.
Officials were still trying to determine where the gas leak started and what caused it.
Meanwhile, mysterious poisonous gas leak continues to affect residents of Keamari on second day as dozens of more persons reached various hospitals of the city on Monday.
At least 70 persons are under treatment at the KPT Hospital out of which 10 were in critical condition. Another 25 persons were under treatment at the Jinnah Hospital.
At least 20 persons were brought to Ziauddin Hospital from where 10 patients were shifted to KPT Hospital due to shortage of beds. Meanwhile, the Ziauddin Hospital is also facing oxygen shortage and patients are being shifted to other hospital.
Sindh Chief Minister Murad Ali Shah on Monday night visited Ziauddin Hospital and Jinnah Hospital and enquired about the health of gas-affected persons.
He also directed the administration to use all resources to provide best treatment to the patients.

Azam Khan Swati assumed the charge as  Minister for Railways