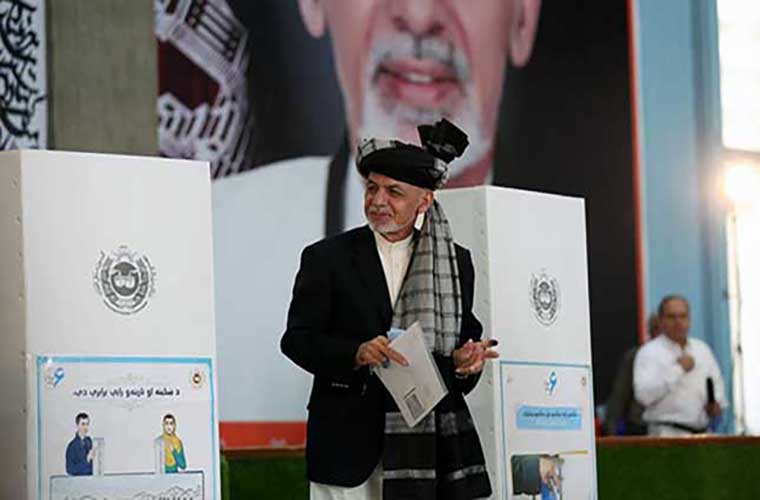 He had more than enough votes to defeat Chief Executive Abdullah Abdullah.
Abdullah secured second position with 39.5 percent or 720,841 votes.
The turnout for the Sept. 28 election was 1.8 million, 31.5 percent of whom were women.
The 2019 Afghan election underwent a lengthy recounting and auditing process after participants made allegations of fraud.

However, Abdullah refused to accept the outcome of the election Tuesday.
He declared himself the winner and promised to form a parallel government.
“The fraudsters are the rogues of history and we establish an inclusive government, long live Afghanistan!” he said in a speech to supporters.
The election results come as the Taliban and the U.S. government reached an agreement this week to reduce violence in Afghanistan.
It calls for a seven-day reduction in violence amid talks aimed at removing U.S. forces, which have been stationed in the Middle Eastern nation since late 2001.
Election results were repeatedly delayed amid accusations of misconduct and technical problems with counting ballots.
The final vote tally count had originally set to be announced Nov. 7.
The commission’s Hawa Alam Nuristani had said previously that 1.8 million Afghan citizens voted in the election out of some 9.6 million eligible.
The election commission tried to launch a ballot recount in November.
But Abdullah halted the attempt, saying he wouldn’t let his observers participate.
He eventually allowed a recount to go forward earlier this month.
GTV