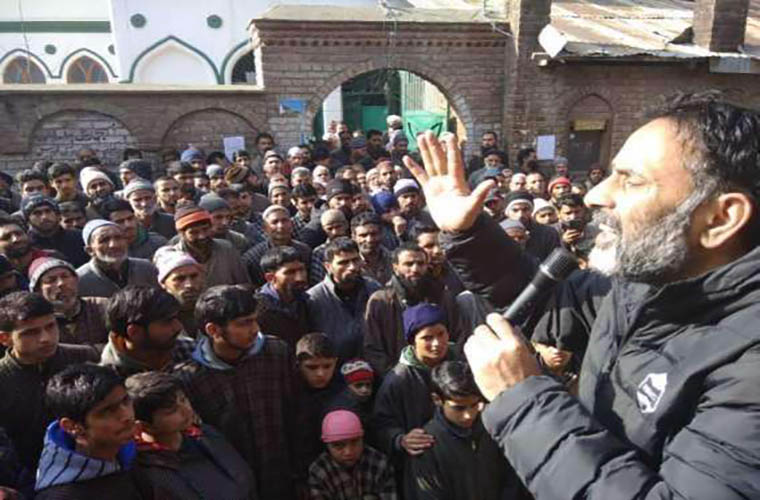 They expressed the hope that he will play his role in settlement of the Kashmir dispute in the light of UN resolutions.
JKPL Chairman Mukhtar Ahmad Waza and Vice Chairman Syed Ijaz Rahmani said this in their statement.
Moreover, they said that the implementation of UN resolutions on Kashmir has become more inevitable in view of the present state of affairs in the occupied territory.
Meanwhile, Senior Vice Chairman of JKNF, Altaf Hassian Wani said that rights situation in the Occupied Kashmir have deteriorated to such a level where UN intervention has become indispensable.

In occupied Kashmir, , Jammu and Kashmir Islami Tanzeem-e-Azadi has expressed concern over the deteriorating health conditions of Chairman All Parties Hurriyat Conference Syed Ali Gilani amid lack of access to the medical facilities.

In a statement in Srinagar, the spokesman said India is planning to let Syed Ali Gilani die in the absence of proper treatment.

He said despite his declining health and weakness, Syed Ali Gilani is not ready to reconcile with Indian rulers.