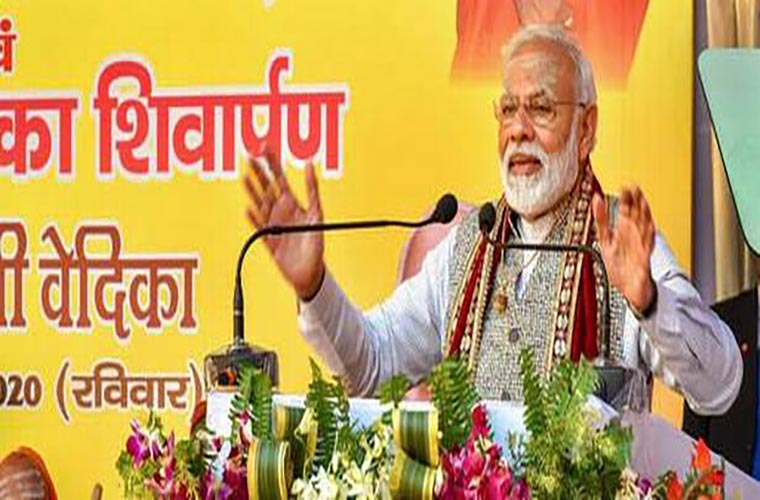 He said this while addressing a public meeting in Varanasi today.
He said the country waited for decisions on these for years.
India abrogated provisions of Article 370 of the Constitution, which accorded special powers to state of Jammu and Kashmir.
Modi said the trust set up for the construction of the Ram temple in Ayodhya will work rapidly.
IOK and mainland India continue to protest against BJP government.
Besides, US also witnessed Indian Americans protest in 30 US Cities against citizenship law.
Thousands of slogan-shouting Indian-Americans staged a demonstration near the Consulate of India in New York.
They were protesting against new citizenship regulations that discriminate against Muslims.
‘Coalition Against Genocide’ — a grouping of some 40 organizations based in the United States and Canada organized the protest.
The protest timed to coincide with India’s Republic Day.
Similar protests took place in Washington, D.C. and 28 other major American cities.
The representatives of American-Sikh, Christian and Jewish organizations and human rights bodies participated.
In New York, members of “Black Lives Matter”, a powerful organization of Afro-Americans, also joined the protest.
Meanwhile, the largest gathering of anti-Citizenship Amendment Act (CAA) protestors reported from Chicago.
Indian-Americans gathered in large numbers and formed a several mile-long human chain.
A number of women among the protestors were carrying anti-CAA banners.
They were raising slogans against Prime Minister Narendra Modi. They also demanded CAA’s repeal and revocation of the proposed National Register for Citizens (NRC).
While speaking at the rally in New York they condemned the BJP govt.
Dr. Shaikh Ubaid a founding member of Coalition Against Genocide also spoke.
They denounced the citizenship regulations pushed through by India’s Hindu-nationalist government as “unconstitutional” and called for the immediate withdrawal.
Amid slogans of “Inqailb Zinda Bad”, they said the brutal crackdown by Indian government on anti-CAA and anti-NRC protests has created a situation in which women in large numbers have come out on streets in India.
GTV