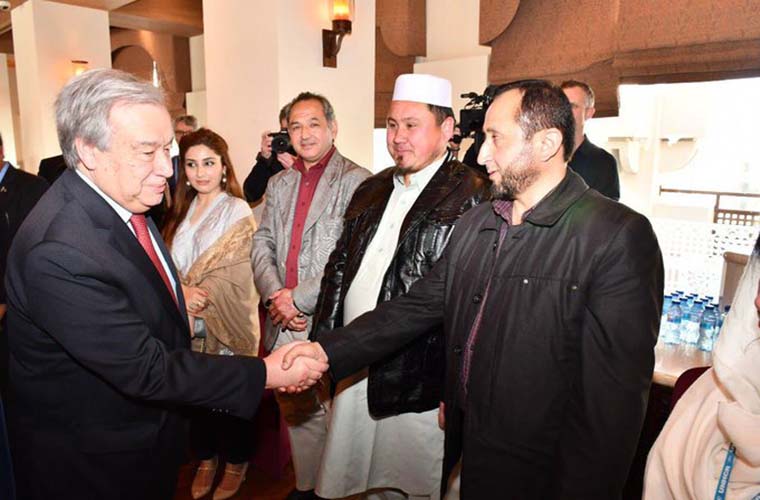 While speaking on the occasion, the UN Chief said Pakistan remains one of the largest refugee-hosting nations in the world.

Among them 2.4 million registered refugees affected by the Afghan war.

The Secretary General expressed gratitude to people and government of Pakistan over their heartfelt hospitality.

The delegation also comprises of representatives from Afghanistan, Yemen and Tajikstan.