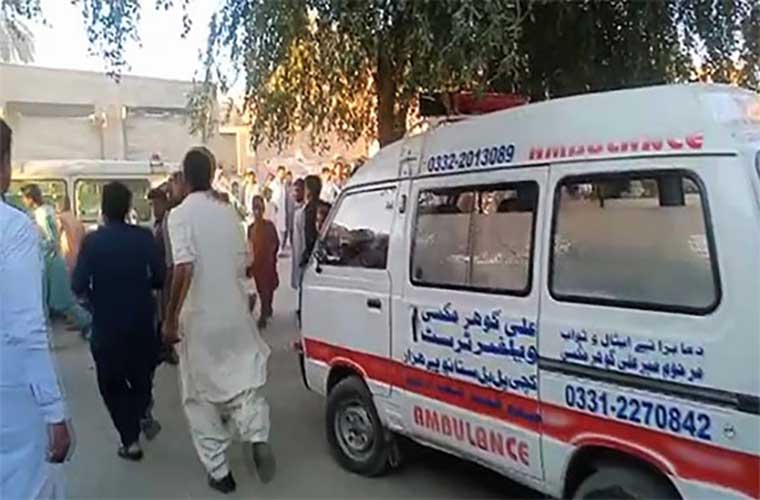 15 people killed in an accident in Jhal Magsi Balochistan when vus carrying them turned turtle.

At least 21 others sustained wound.

The ill-fated bus began journey from Lasbela in Balochistan to drop wedding guests back to Madiji town in Sindh.

15 people killed in an accident

But mishap near Bareecha area claimed lives of 15 persons and injured another 21.

Acording to a private news channel, bodies and injured persons were shifted to hospital in Shahdadkot.

From there the injured were referred to a hospital in Larkana due to their critical condition.

According to sources, the accident occurred when the tie rod of the bus broken and brake failure. Sources further informed that women and children were among the dead.

Over 100K Coronavirus patients recovered so far in Pakistan