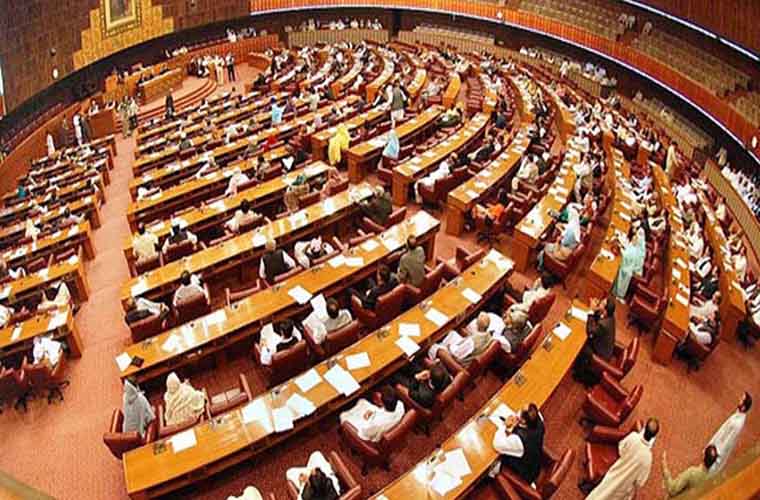 He informed today that the government has launched “Zindagi” App to create awareness amongst youth regarding hazardous effects of synthetic drug penetration.

Responding to a question, Minister of State for States and Frontier Regions Shehryar Afridi said interactive sessions are also being arranged with all the schools and educational institutions regarding Zindagi App.

He said our youth is responsible for ensuring bright future of the country; therefore, parents and teachers will have to educate the youth about dangerous effects of drugs in their lives.

Speaking on this issue, Minister for Education Shafqat Mahmood acknowledged the role of seminaries in educating the youth.

Responding to a question, the Education Minister said a plan worth 800 million rupees is being prepared for revamping institutions.  He said ministry is also considering to announce four hundred posts of drivers and conductors for school buses in Islamabad.

Responding to a question, Minister of State for Climate Change Zartaj Gul informed the House that five out of sixty-four brick kilns have now been converted into environment friendly policy zigzag technology.

She said all the owners of brick kilns who have not yet installed pollution control technology have agreed to convert their kilns to environment friendly zig-zag technology by the end of this year.

She said five brick kilns have been sealed in Islamabad, which were operating without installation of pollution control technology.

Parliamentary Secretary for Aviation Division Jamil Ahmed Khan informed the House during the question hour that PIA has minimized the number of flights to reduce its losses. He said, under the Prime Minister’s vision of no VIP culture and protocol, there is no fixed quota of seats for the Parliamentarians in PIA flights. He, however, said PIA accords priority to Parliamentarians.

The National Assembly unanimously passed a resolution expressing solidarity with the government and people of China for dedicated efforts and efficient policy to combat coronavirus.

The resolution was moved by PML-N Leader Khawaja Asif.

It commended the efforts of Chinese government under the able leadership of President Xi Jinping for treating Pakistani citizens especially students in Wuhan  city just like their own by providing them best possible care.

The resolution appreciated the way in which China is dealing with extremely tense situation to combat and fully eliminate this virus.

It said Pakistan stands united with China and extends its full support in this difficult time and moment of medical emergency.

Speaking on a calling attention notice moved by Maulana Abdul Akbar Chitrali regarding loadshedding in Chitral, Minister for Power Division Omar Ayub said funds have been released for Chitral to meet electricity shortfall in the area.

He said work is underway to deal with the issue.

The House resumed discussion on the economic condition of the country.

Taking part in the discussion, PML-N Leader Ahsan Iqbal said that the country is going through the worst economic crisis.  He said the government is mandated to consider the interest of masses while negotiating with IMF.

Responding to him, Minister for National Food Security and Research Makhdoom Khusro Bakhtiar said no proper attention was paid on the country’s economic infrastructure in the past. He said it is not an easy task to change the economic infrastructure within a period of one year. He said the government has taken significant steps for betterment of the economic condition of the country. He said all the four provinces and the local governments will have to ensure the tax collection to cushion the economy.

He emphasized the need for formulating a national policy on natural gas to save its reserves.

He said the agriculture sector has immense potential to turn around the country’s economy. He said Pakistan is blessed with numerous natural resources that need to be exploited in the best interest of the country.

The Chair announced that the joint sitting of the House will be held tomorrow at 11 in the morning while the session of the National Assembly has been adjourned to meet again tomorrow at 2 p.m.