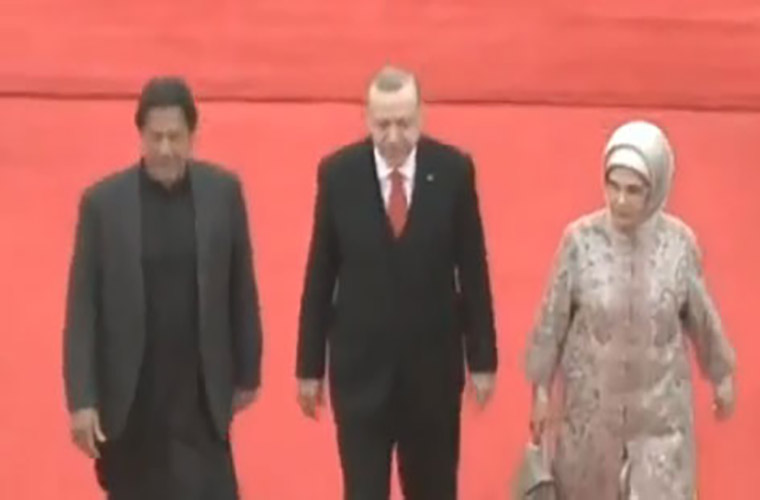 He has arrived on two-day visit on the invitation of Prime Minister Imran Khan.

A high-level delegation comprising cabinet members and senior government officials to accompnay him.

Besides, heads and CEOs of leading Turkish corporations will also be accompanying.

During the visit, Prime Minister Imran Khan and President Erdogan will have one-on-one meeting.

After that they will co-chair the 6th Session of the Pakistan-Turkey High Level Strategic Cooperation Council in the joint cabinet format.

At the conclusion of the session, a Joint Declaration will be signed.

A number of important agreements and MoUs are also expected to be signed during the visit. The two leaders will have a joint press stakeout.

President Erdogan will also address a Joint Session of Parliament of Pakistan.

President Erdogan and Prime Minister Imran Khan will also address the Pakistan-Turkey Business and Investment Forum which brings together leading investors and business-people from both sides.

Turkey supports the cause of self-determination for the people of India-occupied Jammu & Kashmir.

The visit of President Erdogan will prove to be another significant milestone in further deepening and broadening of the flourishing Pakistan-Turkey strategic partnership.

He said China-Pakistan Economic Corridor is at a completion level and Turkey is interested in being a part of special economic zones, which will be established under the project.