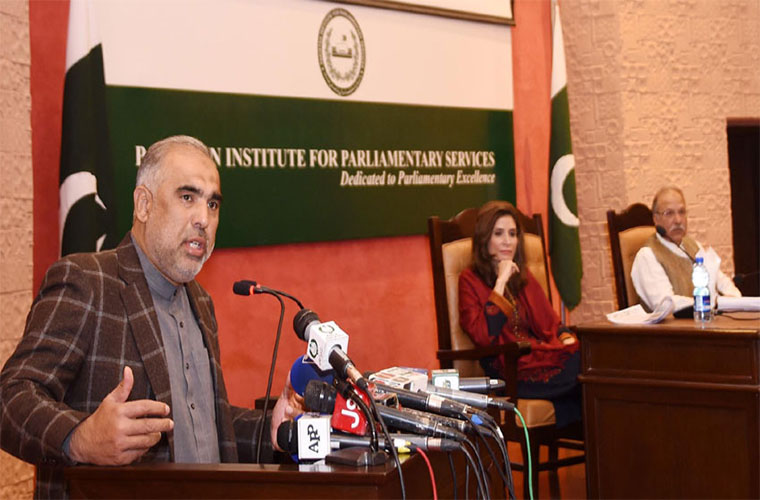 He said, while addressing the launching ceremony of National Assembly Strategic Plan 2019-23 in Islamabad on Wednesday.

He said taht liaison with concerned government departments will be made to make standing committees effective.

The Speaker said parliament should provide relief to the citizens.

Moreover, he called it the supreme institution where public concerns are voiced.

He further said that members of parliament have great responsibility because people elected them for the people.

She said the strategic plan has been formed on the principles laid by the father of the nation Quaid-e-Azam Muhammad Ali Jinnah.

She said the mission of this strategic plan is to transform lives of the citizens through quality legislation, effective oversight, budget appropriation and inclusive representation.

Andleeb Abbas said the vision of this plan aims to enhance credibility of the House to uphold people’s aspirations for welfare, social justice and equality.

Coronavirus has infected nearly 258000 in Pakistan so far