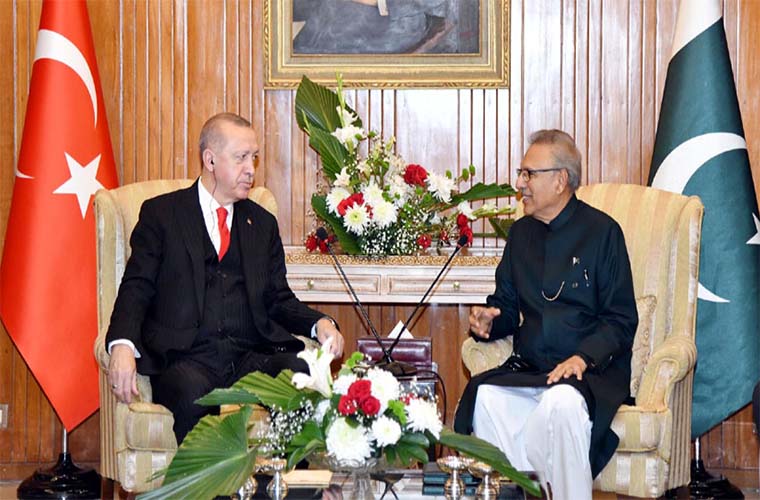 Pakistan and Turkey agree to support on issues of core national interest.

The two countries reached this understanding during at meeting between President Dr Arif Alvi and his Turkish Counterpart Recep Tayyip Erdogan.

They met in Islamabad on Thursday evening.

They agreed to extend mutual support on issues of each other’s core national interest.

Presidents Alvi and Erdogan underscored the importance of fully realizing the immense potential of relationship between the two countries.

They also underlined in transforming this relations into a strong and dynamic trade and economic partnership.

Warmly welcoming the President Erdogan to Pakistan, Dr Alvi expressed gratification over the level of enhanced and multifaceted engagement between the two countries. He said that the 6th Session of High Level Strategic Cooperation Council will further strengthen and broaden the fraternal relations between Pakistan and Turkey.

Earlier, a warm welcome was accorded to the Turkish President and First Lady of Turkey Emine Erdogan over their arrival at the presidency.