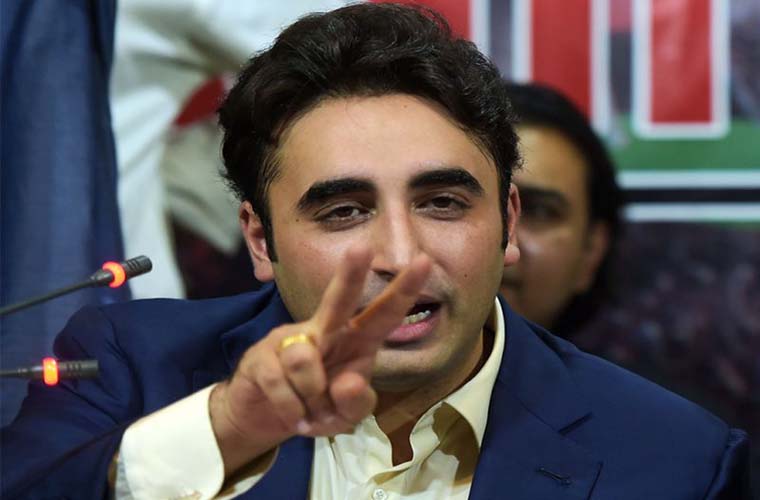 Strict security arrangements have been made around the NAB’s Rawalpindi office and all routes leading towards the old headquarters of the anti-corruption watchdog have been blocked.

Heavy contingents of police have been deployed to stop the possible entry of the PPP workers inside the bureau’s premises.

Bilawal directed to appear before NAB

NAB officials are investing into charges that the PPP chairman had withdrawn Rs1.22 billion from a fake account for his private company.
Although Bilawal claimed he was young at that time, audit report contains his signature.

Reports had it NAB had obtained an audit report and documents containing his signature.
The NAB Chairman (former judge) Javed Iqbal had approved converting that inquiry into an investigation.
According to NAB, Bilawal had 25 percent shares in a private firm, Opal-225, a joint venture of the Zardari Group while PPP leaders together have been accused of transferring billions of rupees to Opal-225 via fake bank accounts.
Opal-225 also took loans of billions of rupees from banks.
NAB authorities, on Dec 9, 2019 had filed 8 references in an accountability court of Islamabad in money laundering through fake accounts cases.
They named 20 suspects in those references, including Bilal Sheikh and Tariq Ahsan.
The NAB stated in the reference that embezzlements worth billions of rupees were committed in loans of the Sindh Bank.
As per charges, the nominated suspects granted Rs29 billion loan to the Omni Group out of which Rs25 billion was outstanding. Omni Group was registered in the name of six persons.
The reference stated that Bilal Sheikh and Tariq Ahsan remained Sindh Bank’s presidents.
They now remain under judicial remand.

Prime Minister announces opening of lockdown in phases from Saturday