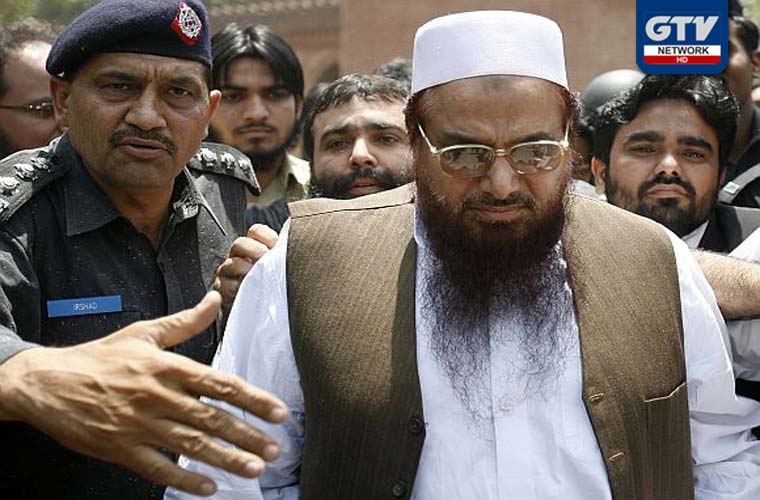 It also mentioned him as the chief accused in the 2008 Mumbai terrorist attack case.

Furthermore, it reported that chief of the banned outfit Jamatud Dawa will face five and half years in jail and will have to pay a fine of Rs15000 in each case.

However, the sentences of both cases will run concurrently.

He was convicted under the Anti-Terrorism Act pertaining to membership, support and meetings relating to a proscribed organisation.

Meanwhile, Reuters also added that India and the United States accused him of masterminding the 2008 attacks in Mumbai.

The ruling came days ahead of a meeting of a world financial watchdog, Financial Action Task Force, next week to decide whether to blacklist Pakistan on failure to curb terrorism financing. His lawyer said he would appeal.