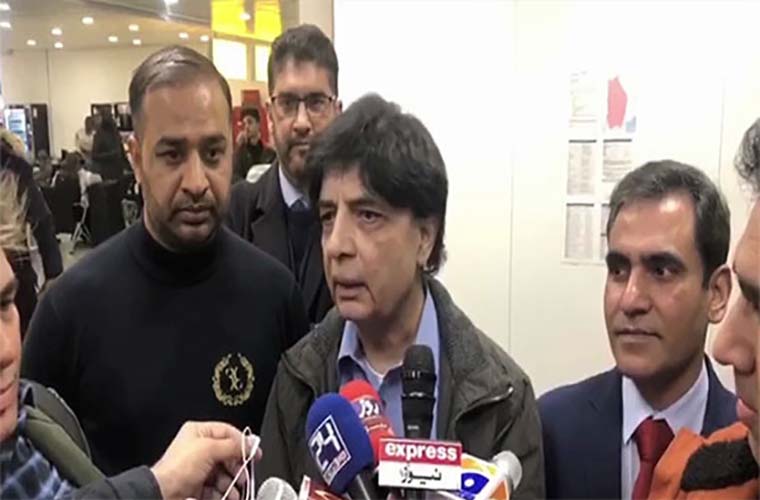 Former Interior Minister Chaudhary Nisar also talked to the media on his arrival there.

He made clear to them that he came to London for his medical treatment.

Pakistani dailies reported that Nisar was going to Britain for personal engagements with his family members.

However, possibility remains that he would also  meet former Prime Minister Nawaz Sharif.

Meanwhile, reports had it Dar advise him to offer condolence to Nawaz Sharif on his wife’s death.

Nisar distanced himself from Pakistan Muslim League-Nawaz (PML-N) after developing differences with the party’s chief.

Hence, political observers attach importance to hs London visit that may include said meeting because that may help both sides to bury their differences.

Bilawal accuses PTI govt of having no economic plan