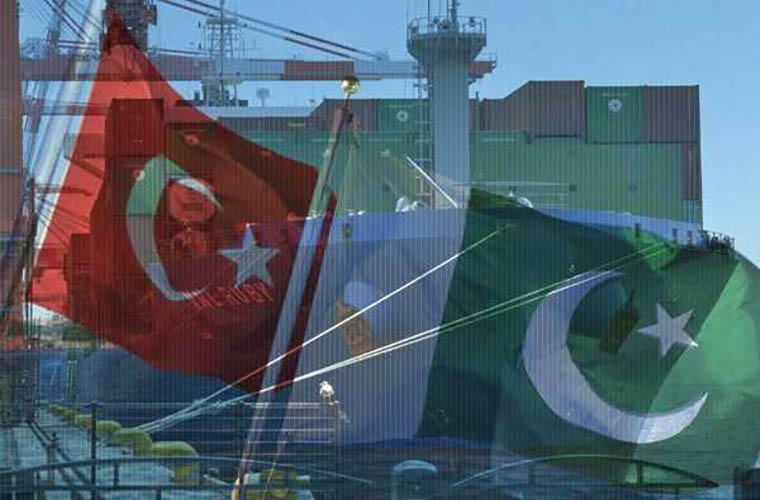 Business tycoon foresees rise in Pakistan Turkey trade up to US$ 2 billion with joint efforts.
Iftikhar Ali Malik, veteran trade leader and Central Chairman United Business Group expressed views on business potential ahead of Turkish President Tayyip Erdogan visit to Pakistan.
While talking to a delegation of Turkish traders who called on him today, expressed hope to enhance trade volume as high as US$ 2 billion.

According to a press release, he called the visit a golden opportunity to enhance trade and business relations among Pakistan and Turkey.
However, that increase neeed some joint efforts from public and private sectors of the either countries.
Iftikhar Malik noted President Erdogan tour to Pakistan enough to prove that Turkey wants to strengthen its economic ties with Pakistan.
He also appreciated Erdogan’s efforts for the safeguarding of Muslim rights at international level.
He said Pakistan and Turkey under the dynamic leaderships of both Prime Minister Imran Khan and Tayyip Erdogan could work together for the Muslim renaissance.
Malik also emphasized on the unity of Muslim Ummah to pool up their resources and to do maximum research.
He called for using modern technologies to cope with global changes, along with fostering unity among their ranks.
Iftikhar Malik said that both the countries have marvelous untapped business potential that needs to be realized by maximizing the involvement of private sectors of the two countries.
He hoped that the economic relation between the two countries would strengthen further to create a win-win situation for Pakistan and Turkey.
He said Pakistani entrepreneurs are ready for joint ventures with their Turkish counterparts in the fields of construction, textile, information technology, carpet and plastic.
“JVs would provide Pakistani businessmen an ample opportunity to avail benefit from the expertise of Turkey in these particular sectors,” he added.
He called for exchange of business delegations so that both the sides could have firsthand knowledge of the available opportunities in Pakistan and Turkey.
Iftikhar Malik said that exports have a paramount importance in Pakistan’s economy as they are the main source of revenue generation (greater than 20 billion dollars) and employment creation. Exports are also important for maintaining the balance of payment stability for our country.
He said that however, the export performance of Pakistan as compared to other regional economies has been appalling in the last few decades.
This can be well illustrated by the export comparison of Pakistan and Turkey in 1980 when the exports of both countries were comparable.
The situation is quite converse in recent times, with Turkey having exports of around US$ 167 Billion in 2019 while Pakistan’s exports are stagnant around US$ 24 Billion.
Turkey’s exports are hence more than six times of Pakistan’s exports which are only 0.12% of world exports as our country ranks 68th in world exports.
Iftikhar Malik commended the efforts made by the Prime Minister Imran Khan and for accelerating two way interactions among the businessmen of Turkey and Pakistan.
Head of the Turkish delegation Abdullah Yilmaz said that Turkey for being one of the fastest growing countries, has a lot to offer to the Pakistani entrepreneurs therefore they should avail this opportunities through joint ventures with the Turkish counterparts.
He said that both countries could have firs hand knowledge of the trade and investment opportunities through exchange of trade delegation on regular basis.

13 more Pakistanis die of Coronavirus during the last 24 hours