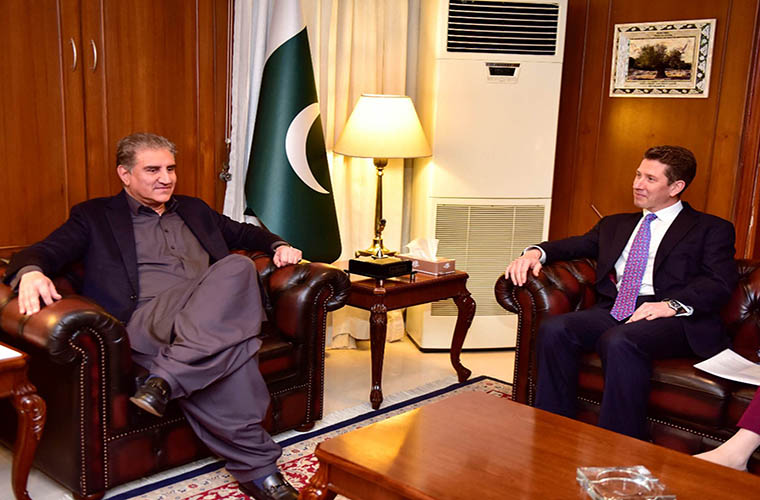 Foreign Minister Shah Mehmood Qureshi has said the recent change in travel advisory by the United Kingdom will further strengthen bilateral relations between Pakistan and the UK.

He was talking to British High Commissioner to Pakistan Christian Turner who called on him in Islamabad.

During the meeting, important regional and international matters including the situation in occupied Jammu and Kashmir also came under discussion.