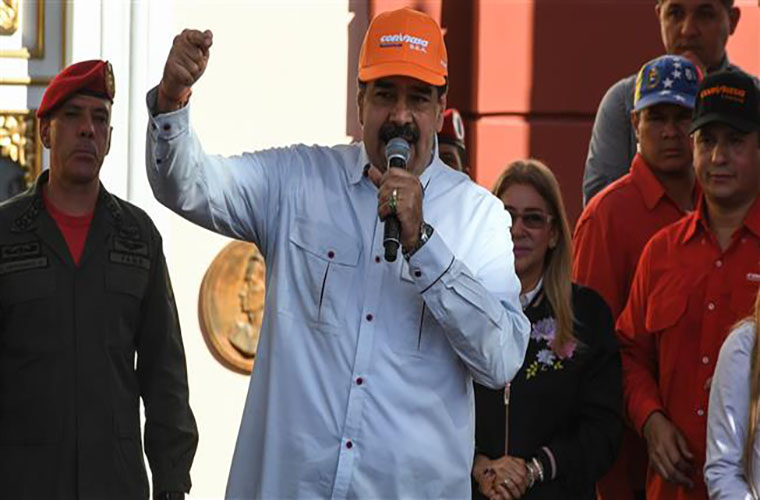 Venezuela will sue US over economic damages of sanctions, said President Nicolas Maduro.

He announced while addressing a rally against recent US sanctions against Venezuela’s state airline company Conviasa.

US sanctions on Venezuelan airline

Conviasa mostly flies domestic routes but according to its website, it also flies to Bolivia, Cuba, the Dominican Republic, Ecuador, Mexico, Nicaragua, and Panama.

It recently announced it would start flying to Damascus in March.

Furthermore, he said US caused it through its unilateral sanctions against Venezuela’s flagship airline Conviasa.

President Maduro said that we should immediately prepare an international lawsuit before the court of justice.

Venezuela will sue US

He said Venezuela will seek justice in international courts through a global lawsuit against the policy of aggression and sanctions of coercive measures.

He said to  seek international justice with a lawsuit against the government of Donald Trump.

President Maduro has ordered this.

Maduro pledfed amid applauses from the crowd.

Meanwhile, US Treasury Department imposed sanctions on the airline.

It accused the airline of transfer corrupt officials around the world.

The US has already imposed several rounds of sanctions against the oil-rich South American country.

Washington has for long been trying to oust Maduro and replace him with Guaido, who declared himself interim president last year.

In his speech, Maduro said the new sanctions have been motivated by Guaido’s “famous tours”.

“These are the consequences of those tours because there are now a group of unemployed Venezuelans and we have Venezuela’s flagship carrier unable to fly due to those sanctions,” he said.

“How do those sanctions help the people? If he (Guaido) wanted to damage Chavista [Chavezism] followers the people who travel are not really Chavista followers but the opposition who use the airline and so who was the punishment for? For the people, not for the government and for Maduro. The punishment is for the people.”

Conviasa has faced years of upheaval as Venezuela’s economy collapses. It was banned in 2012 from flying to the European Union on safety grounds and in 2017 all international flights were temporarily suspended as it lacked foreign currency to buy insurance.