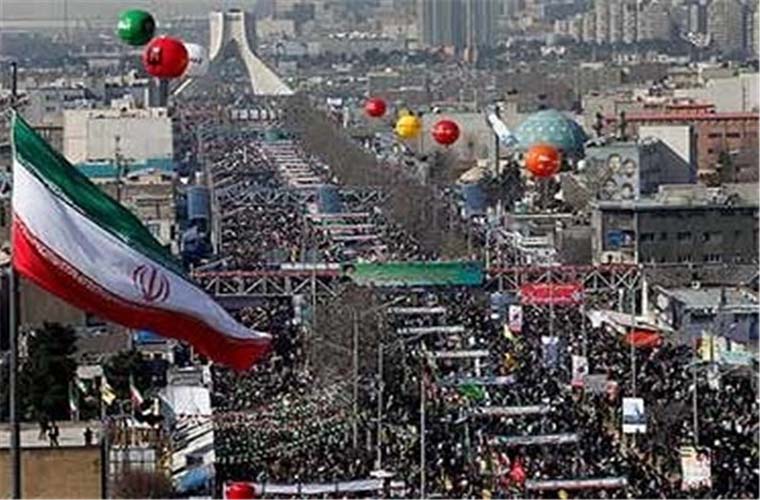 According to Press TV, large groups of people, braving freezing temperatures, took 12 major routes across the capital Tehran leading to the iconic Azadi (freedom) Square.
The square had played host to many of the anti-Pahlavi protests in the run-up to the Revolution.
Also in other cities and towns across Iran, people attended similar rallies, many of them in cold weather, to renew their allegiance to the ideals of Imam Khomeini, the late architect of the Revolution and founder of the Islamic Republic.
Every year, the demonstrators chant slogans against the US and burn American flags to condemn the highly hostile agenda that Washington has been pursuing against the Iranian nation over the past four decades.
This year’s mass rallies are especially significant as they coincide with the 40th-day memorial for Lieutenant General Qassem Soleimani, the former commander of the Quds Force of Iran’s Islamic Revolution Guards Corps (IRGC), who was assassinated together with his comrades in a US drone strike in Baghdad in early January.
The targeted killing of General Soleimani — the Middle East’s most prominent anti-terror commander — has sent anti-American sentiment soaring not only in Iran but also among regional nations.

In the capital, Iran’s Ministry of Defense and Armed Forces Logistics held an exhibition on the sidelines of the rally, putting on display a number of the country’s defense achievements, including smart bombs, precision-strike missiles and armored personnel carriers, in a show of power amid enemy threats.
General Soleimani’s martyrdom on January 3 took US-Iran tensions to a new level, with Tehran vowing “harsh revenge.” Days later, Iran’s Armed Forces launched retaliatory ballistic missile strikes against two US military bases in Iraq.
America’s act of state terrorism has given rise to calls in Iran and other neighboring countries for the US military to end its military presence and meddling in the Middle East.
The tensions first began to escalate in May 2018, when the administration of President Donald Trump pulled the US out of a multilateral nuclear deal with Tehran and unleashed a campaign of “maximum pressure,” which is mainly taking aim at the Iranian economy.

Meanwhile, the Iranian demonstrators are taking the occasion to voice their outrage at a contentious plan recently unveiled by the Trump administration with the aim of ending the decades-long Israeli-Palestinian conflict.