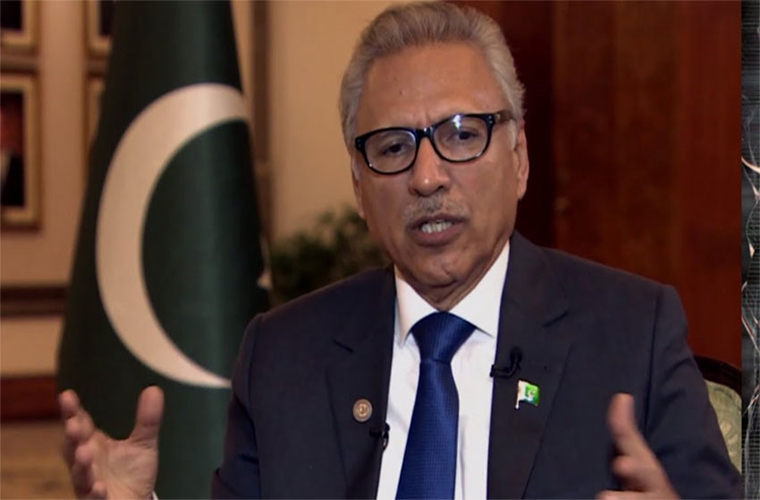 While talking to a private news channel, he said unity and cooperation remain a must to resolve peoples problems and to strengthen democracy.

President said that the parliament should play its role in the legislation process to resolve peoples issues.

He said it is time for the government to manage inflation.

He called for action against the mafia involved in creating the crisis.

President Alvi said the mafia also has a role in the wheat crisis.

He cited that earlier the commodity is exported but now it is being imported.

He noted flour crisis as an administrative issue hence administration should resolve it through strict action against the responsible persons.

The president said he is fully confident that Prime Minister Imran Khan, would control the present price-hike and improve country’s economy.

President and PM congratulate nation on holy month of Ramazan