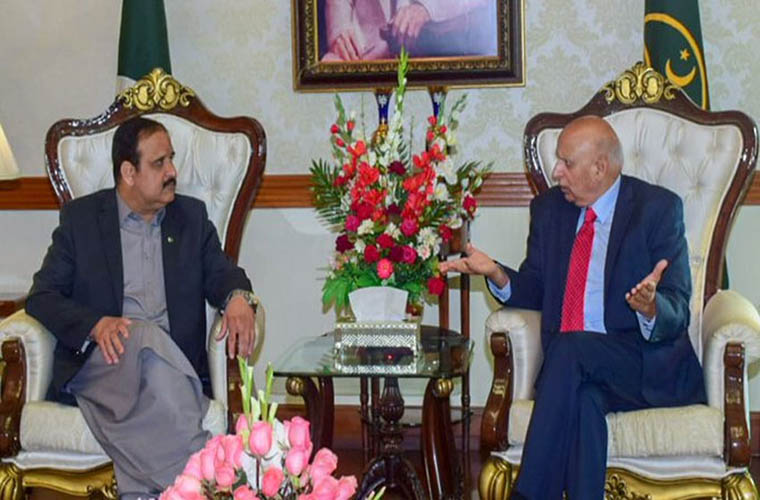 During the meeting, the negotiations with the PML (Q) came under discussion.

The Chief Minister told the Governor that provincial government is taking all-out measures to curtail prices of the essential food items.

Meanwhile, Governor Punjab also rebuffed opposition’s wish for in-house change.
Chaudhry Sarwar called it a deam of the opposition taht would never materialise.
He said that Opposition would keep making plans, but the government would complete its five-year term.
He said this in a statement that Imran Khan would remain Prime Minister till 2023.
The governor said Pakistan Muslim League-Quaid (PML-Q) and the government are on the same page for the sake of national interests.
Furthermore, he said that the government’s team is in contact with the PML-Q leadership.
Chaudhry Sarwar said the government is committed to provide relief to the people of country.
He said that under the leadership of Prime Minister Imran Khan, Pakistan is transforming into a state which founder of the nation, Quaid-e-Azam envisioned.

He had earlier made it clear ruling coalition would remain intake.
Ch Sarwar had noted that Chaudhry brothers were also talking about maintaining alliance.
He also said that the government’s negotiating team also remains in contact with Muttahida Qaumi Movement-Pakistan (MQM-P).
Besides, the team also has remained in touch with Balochistan National Party (BNP-Mengal).
Because the talks team want removal of their reservations.
GTV