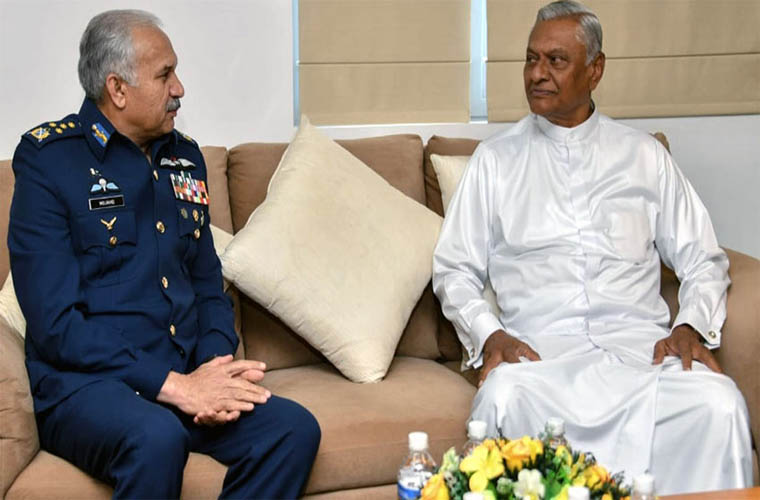 He reiterated to offer all-out support and cooperation to Sri Lanka in defence related fields.

Both the dignitaries agreed to further enhance the existing bilateral cooperation between both the countries.

Matters related to bilateral defence collaboration and mutual interest came under discussion during the meeting.

Earlier on his arrival at Naval Headquarters, he was presented guard of honour by a smartly turned out contingent of Sri Lanka Navy.

Radio Pakistan reported that Pakistan has reiterated all out support and cooperation to Sri Lanka in defense related fields.

Air Chief Marshal Mujahid Anwar Khan made this offer during his meeting with Chamal Rajapaksa in Colombo.