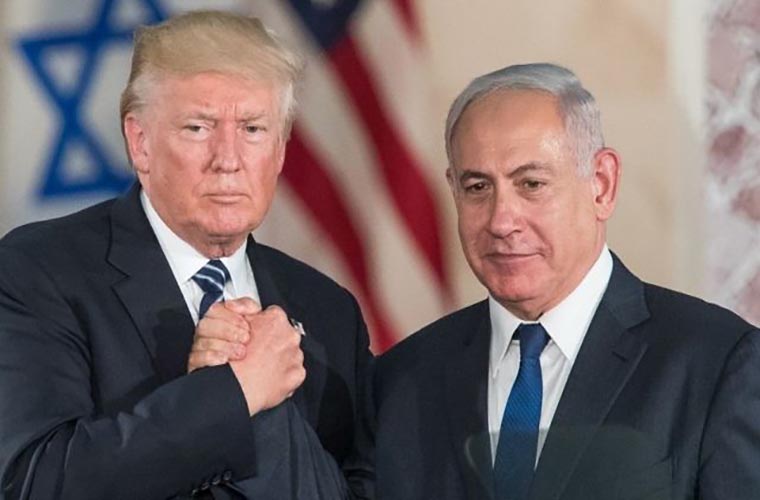 Over 100 US Congressmen turns down Trump Middle East plan or so-called anti-Palestine deal of the century.

More than a hundred Democratic members of the US House of Representatives have expressed strong disapproval in this regard.

They made their disapproval public in a letter on Friday.

They accused the team behind the plan of not consulting the Palestinians.

Over 100 US Congressmen turns down

US Congressmen said it would “hurt Israelis and Palestinians alike, pushing them toward further conflict.”

They also criticized the release of the deal, just ahead of the next month’s general elections in Israel.

They argued that the timing suggests an effort to boost Prime Minister Benjamin Netanyahu’s re-election bid.”It does not have our support, and the Israeli [regime] must not take it as a license to violate international law by annexing all or portions of the West Bank,” according to the letter, initiated by Representatives Andy Levin and Alan Lowenthal, who happen to be Jewish.

“In addition to the highly problematic nature of your proposal, the timing of its release suggests motives unrelated to helping solve the Israeli-Palestinian conflict,” the letter read.

On January 28, Trump unveiled his so-called deal of the century, negotiated with Israel but without the Palestinians.

Palestinian leaders, who severed all ties with Washington in late 2017 after Trump controversially recognized Jerusalem al-Quds as the “capital” of the Israeli regime, immediately rejected the plan, with President Mahmoud Abbas saying it “belongs to the dustbin of history.”

Trump’s Middle East scheme largely meets Israel’s demands in the decades-old conflict while creating a Palestinian state with limited control over its own security and borders.

It also enshrines Jerusalem al-Quds as “Israel’s undivided capital” and allows the regime to annex settlements in the occupied West Bank and the Jordan Valley.

The proposal further denies the right of return of Palestinian refugees into their homeland, among other controversial terms.