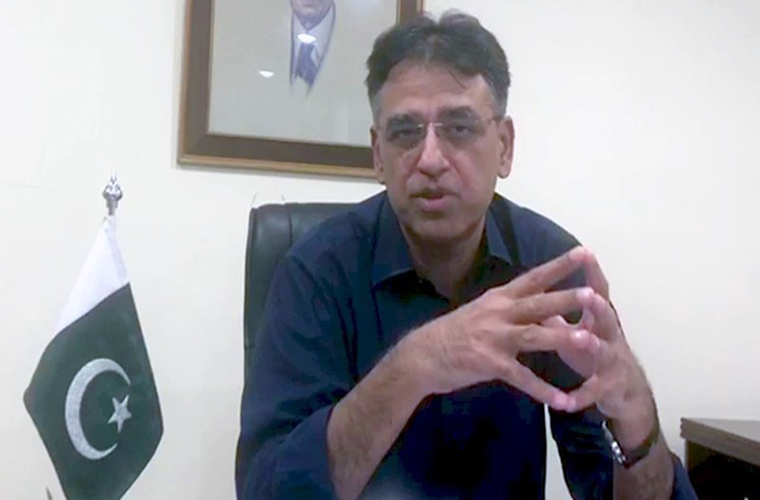 He said that under special directives of Prime Minister Imran Khan, the federal government remain fully committed to meet the target of expenditures of development funds.

“The target of spending Rs 701 billion on the development projects will be fully met at any cost as the PM has issued clear direction in this regard and I have also conveyed my clear direction to the ministry to meet the target,” the minister said

Similarly, he informed that during first six months of the above mentioned years, the flow of funds by the government to the relevant ministries or departments remained 25%, 28%, 22%, 25%, and 21% whereas during same period of current year 27% of the total allocated funds had been released.

Meanwhile briefing the media, Secretary Planning Zafar Hassan informed that out of 1034 projects, 171 projects were due to be completed by the end of current fiscal year.

About completed projects during first six months of current fiscal year, he said 26,000 acres of additional irrigated land has been added by Kachi Canal phase-1 in Sui district of Balochistan and by June 2020, further 25000 acres will be added.

He said Makhi-Farash link canal to supply water for Thar coal, in Sindh, earthwork has been completed and was presently supplying 20 cusecs and will supply 200 cusecs of water by July 2020 while two small dams in Sindh were completed in Nangar parker district – water scarce area to mitigate water crises in Thar.

Additionally, Havelian Mansehra section of KKH Phase-2(Thakot-Havelian) was completed and inaugurated by Prime Minister of Pakistan in November, 2019 whereas Sukkur-Multan motorway (392 km) was opened for traffic in November, 2019, he added.

Responding to a question about development projects in Karachi, Asad Umar
said the metropolis was city of Pakistan Tehreek-i-Insaaf and the impression that
PTI government was fast tracking the projects in Karachi under pressure of MQM
was completely wrong.

He said no doubt MQM was PTI’s allied party but PTI was much more concerned
for the socio economic development of people of Karachi where hundreds of
thousands of PTI voters were living.

Briefing about the special initiatives being taken by the planning ministry, Asad
Umar said that it was planning to embark on a three years National Growth Strategy
2021-2023.

Explaining about withdrawal of the government’s five years plan, the minister said
that this strategy had become obsolete and was not applicable in the 21st century.

He said under growth strategy, the area of focus would be the private sector as
the sector would be fully involved in the government’s growth policies.

Further, he said the ministry was also planning to revamp the system to ensure
project development, monitoring and evaluation besides enhancing focus on
Sustainable Development Goals (SDGs).
He informed that a construction industry development board would be

established to boost industrial sector besides it would also fully operationalize
the Public Private Partnership Authority.

The Planning Commission, he said would also be revitalized to ensure proper
planning in government sectors.

With respect to China Pakistan Economic Corridor (CPEC), the minister pointed
out that the planning ministry would constitute a new Joint Working Group on Science
and Technology while it was also planning to establish Gwadar Expor 2020 to highlight
the development works, done under the CPEC.

He said that work on Special Economic Zones (SEZ) Act was also underway to
provide incentive packages to the industrialists.

With respect to Islamabad Master Plan for Development of Capital City, Asad
Umar said consultants would be hired to develop the Plan.

He said for Islamabad Bulk Water Supply Project RFP had been issued for
hiring of International consultants who would prepare feasibility and develop
detailed design.

Replying to a question, the minister said that the CPEC railway project of ML-1
was of extreme importance but owing to involvement of huge amount of around
$9 billion, the project got delayed as various factors of the project were being
closely reviewed.

However he hoped that during the upcoming meeting of Pak-China Joint
Coordination Committee on CPEC in April this year, a major breakthrough was
expected and after that physical work on the project might start.

All educational institutions to remain closed till July 15, Federal Minister