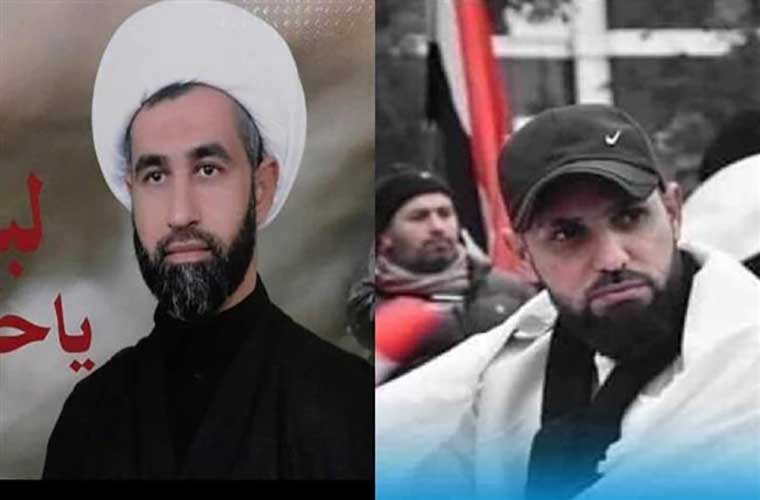 Two key Sadrist commanders of Iraq killed in separate attacks in 24 hours.
Gunmen targeted Hazim al-Hilfi, a commander of the Saraya al-Salam militant group on Thursday while friring upon the vehicle carrying him on the Muhammad al-Qasim road, west of Basra province.
He suffered fatal injuries and died on the spot, local security sources said.
They quoted a Sadr movement’s media official in Basra, Saad al-Maliki, as saying that Halfi was one of the leaders of the Peace Corps.

His assassination came less than 24 hours after Abu-Muqada al-Azirjawi, another top commander of the Saraya group, was seriously wounded on Tuesday night after unknown assailants riding motorcycles opened fire on him near his house in Abou Roummaneh district of Maysan governorate.
He later died of his injuries in hospital, Iraqi media reported.
There are speculations that the assassinations are carried out by foreign intelligence services with the aim of pinning the blame on rival Iraqi groups, and reignite a civil war in the volatile country.
Last October, Maysan Governorate witnessed the killing of Wissam al-Alyawi, a prominent leader in the Asa’ib Ahl al-Haq group, following an armed attack on its headquarters.
‘US plotting to pit Sadr Movement against Asa’ib Ahl al-Haq’
Asa’ib leader Qais Khazali has said the US had plotted to assassinate Muqtada al-Sadr and pin the blame on Asa’ib Ahl al-Haq group in a bid to provoke a civil war in Iraq.
“The first American-Israeli project in Iraq, which they wanted to implement, was to assassinate Muqtada al-Sadr and then accuse Asa’ib of killing him, causing a nationwide slaughter in the country,” Khazali said in an interview with al-Ahad.
“Sadr and Iran received the intelligence, and the issue was sorted out. Thank God the plot was failed,” he noted, saying the source of the intelligence was top Iranian general Qassem Soleimani, who was assassinated in a US drone attack last month.
Khazali also pointed to the issue of “unknown snipers” who targeted Iraqi protesters at the beginning of the protests in October, and said launching an investigation into the issue and identifying the perpetrators is among the most important demands of Iraqi people.
“If this case is opened, Asa’ib Ahl al-Haq has sufficient evidence and documents about those behind this issue,” he added.
Since early October, Iraq has been roiled by mass protests over poor living conditions and corruption, which forced ex-premier Adel Abdul-Mahdi to resign.
The demonstrations have often turned violent and over 600 people, including police forces, have been killed and 17,000 injured, according to an Iraqi human rights group.
Iraq’s President Barham Salih last week tasked Mohammed Allawi with forming a government within a month, a decision rejected by some protesters.
The appointment of Allawi as prime minister-designate was expected to end the protest rallies, but the demonstrations have continued across Iraq against the new premier.
The holy city of Najaf, in particular, has in recent days been a scene of violent clashes, which some Iraqi politicians blame on the US and Saudi Arabia.
Fatah Alliance lawmaker Abdul Amir Taiban says the Najaf violence is an American-Saudi plot to distract the Iraqi people’s attention from the expulsion of US troops from the Arab country, which has been demanded by the Iraqi Parliament.
He told Al-Maalomah that foreign parties are directing the events in central and southern Iraqi provinces behind the scenes.
He said that by torching, burning, spreading riot and chaos, the US is trying to distract the Iraqi nation.
Moreover, he said US wants to deflect Iraqis attention from the issue of expelling alien forces from their country,”