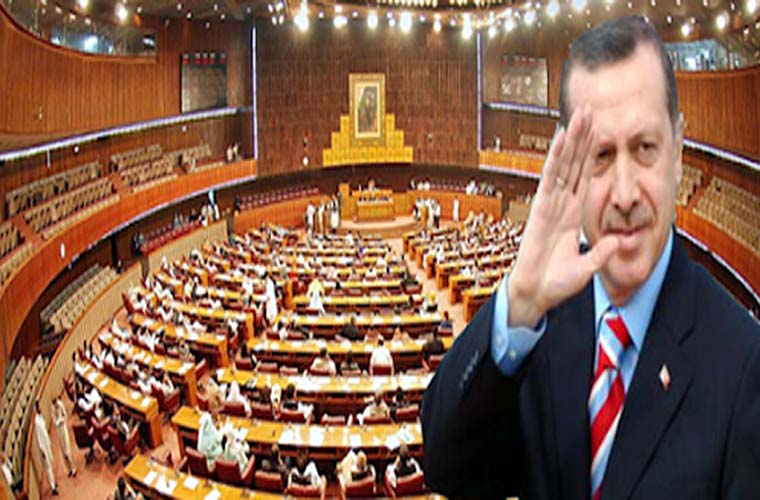 The speaker said that he would also hold consultations with all the parliamentary leaders on the matter.

Parliamentary Secretary for Finance Zain Qureshi told the house during question hour that the government is taking necessary steps to ensure fiscal discipline, stabilize economy and accelerate the growth.

He said the process of revamping the economy through structural reforms and stabilizing measures such as broadening the tax base, reforming the public sector enterprises and reducing the fiscal deficit has been started. He said social safety net and development spending are not only protected but enhanced considerably.

The Parliamentary Secretary said the inflation rate is being brought down as a result of series of measures and these included non-borrowing from the State Bank of Pakistan.

He rejected the impression that the government is considering to bring a mini budget.

Parliamentary Secretary for Commerce Aliya Hamza Malik told the house that both Pakistan and Iran have conducted negotiations over the establishment of barter trade mechanism and promote cooperation in the fields of customs, agriculture and industry. She said exports are witnessing growth whilst imports have been reduced.

Minister of State for Parliamentary Affairs Ali Muhammad Khan said a law will be brought under which the Prime Minister will not be able to hold multiple camp offices. He said Prime Minister Imran Khan has discouraged the tendency of holding camp offices.

He said we have significantly reduced the expenditures of PM House.

Minister for Communications Murad Saeed said promoting tourism is top priority of the government. For this purpose, allocations are being made for the construction of access roads to the picturesque areas.

Three bills were laid before the House today.

The Chair referred the bills to the standing committee concerned.

Responding to their points, Minister of State for Parliamentary Affairs Ali Muhammad Khan said that mafias and cartels will be taken to task wherever they exist. He regretted that the previous governments supported these mafias and cartels. He said we are ready for scrutiny into the wheat crisis.

Parliamentary Secretary for Health Nousheen Hamid said that Pakistani nationals in China have started coming to Pakistan through directs and indirect flights. She said passengers coming from China are being screened at the airports.

The Chair directed the health and foreign ministries to provide data to the House about the Pakistani students in China not infected by coronavirus. He said a schedule should also be given for their return to the country.

Taking the floor, Minister for Defence Pervaiz Khattak said we are ready to hold discussion on any matter in the House.

The House will now meet on Friday at 10 in the morning.