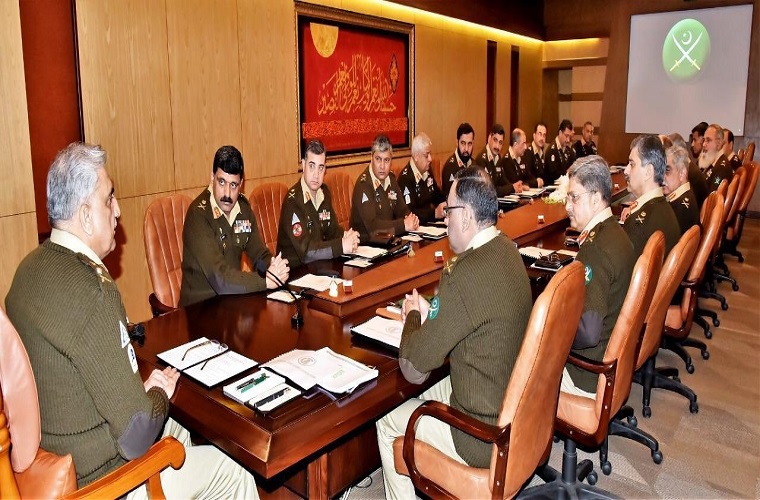 According to a statement which the Inter-Services Public Relations (ISPR) released, the meeting paid glowing tribute to those living in the occupied Kashmir.

The meeting also paid tributes to the Kashmiris of IOJK braving a continued siege and Indian Army’s brutalities.

Pak Army chief said that repression of Indian occupying forces can never deny Kashmiris their right to self-determination which the UN resolutions promised.

He further said that despite ordeal, Kashmiris just struggle is destined to succeed.

The Corps Commanders’ Conference also reviewed the geo-strategic situation, focusing especially on Pakistan’s internal security and the situation on borders.

The conference called provocative statements of Indian leadership irresponsible rhetoric with implications for the region.

Moreover, it resolved that Pakistan’s armed forces are forces of order and peace and fully prepared to thwart any misadventure, whatever the cost.

Meanwhile, the conference was also apprised of he progress of Operation Radd ul Fasaad which has put security situation of the country on a positive trajectory for enduring peace and stability.