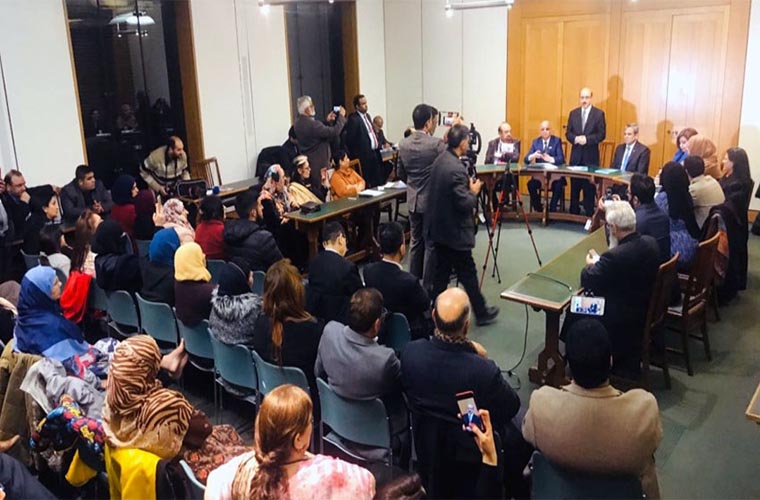 He expressed these views while speaking at Kashmir Conference in connection with Kashmir Solidarity Day in London.

He said that Pakistan is showing patience.

While reaffirming his position as an ambassador for Kashmir, he said he had made every effort to highlight the issue at all for a.

He referred to raising the issue at UN General Assembly, Geneva conference and during his interaction with US President Donald Trump and other heads of state.

He reminded them their responsibility to keep on apprising and reminding the world with more vigour of the grim situation in the IOJ&K.

Khan told them that India had turned IOJK into an open prison.

About his interaction with German Chancellor Angela Merkel, the prime minister said during her preceding visit to New Delhi, she expressed her concerns over the IOJ&K situation.

He also told Canada’s Justin Trudeau to keep himself abreast about the situation in the occupied valley.

The prime minister said the European countries now started realizing the alarming situation in India when they had contemplated it with the horrifying outcome of Nazi’s philosophy there.

Almost all the leading channels, newspapers and magazines in the West, he said, were expressing concerns over the grave threat which India had not only posed to the Kashmiris but to herself with such extremist policies.

Under a systematic mechanism, minorities in India were targeted, he said, adding the citizenship laws would directly affect 500 million people in India, including about 200 million Muslims.