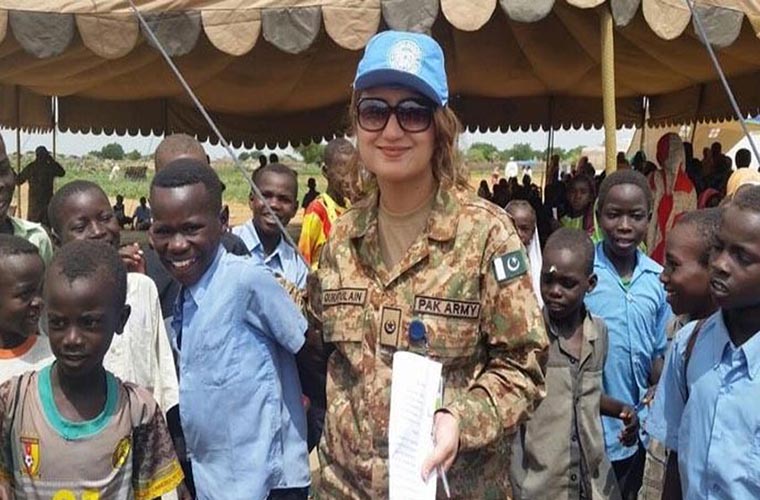 According to UN press release, they were awarded the UN Medal at a ceremony in Adikivu.

The team comprises of 15 female officers, who serve at the ranks of Major and Captain.

They had remained stationed there since June last year.

The female officers team raised Pakistan’s flag at the mission.

The statement said throughout their deployment the Pakistani female officers worked hard.

It added taht they worked hard to win the trust of the community.

The UN medal  was established by the Secretary-General in 1966 for award, subject to the Regulations for the United Nations Medal (ST/SGB/119/Rev.1), to military personnel and civilian police who are or have been in the service of the United Nations.

The Secretary-General has also defined the specifications of the medal and the ribbon.