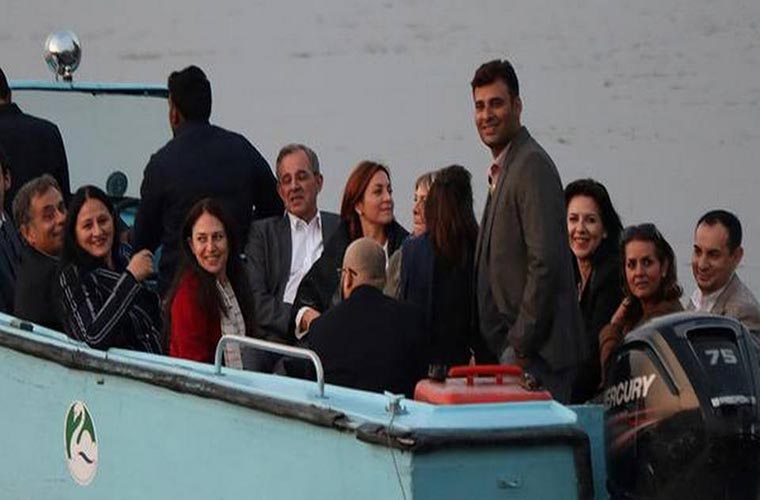 They also expressed serious concerns over its discriminatory nature.

They expressed these views, while taking part in debate on a resolution on the issue at the European Parliament session in Brussels.

However, voting on the resolution deferred till next month.

The EP postponed voting because the case is currently pending with Supreme Court of India.

Those who discussed India’s CAA represented various party groups in the European Parliament.

These members said the recently-passed laws in India conflict with democratic values and violate international law.

They said Modi government’s repression of Kashmir is tantamount to fascism and should be condemned.

The members urged EU to have a closer look on what is happening in India.

They demanded that a strong message be sent to New Delhi that without respect for human rights, India’s relations with the EU would be under serious threat.

560-strong MEPs from groups in EP

Five groups at the European Parliament had tabled a joint motion resolution.
It “condemned” India’s decision to adopt the Citizenship (Amendment) Act (CAA).
One group of the European Conservatives and Reformists (ECR) with 66 members decided to drop out due Indian government’s counter efforts.
However, the other five groups, representing a total of 560 of the 751 MEPs in the Parliament, have agreed to the joint motion.
The final draft, that will be discussed and voted on, retains the strong language condemning the police action on protesters as a “brutal crackdown.”
It particularly condemns brutal crackdown on university campuses. It severely criticises the detentions, alleged torture and the Internet shutdown undertaken in Uttar Pradesh and other States.

Large number of Kashmiris rendered homeless due to demolition of houses