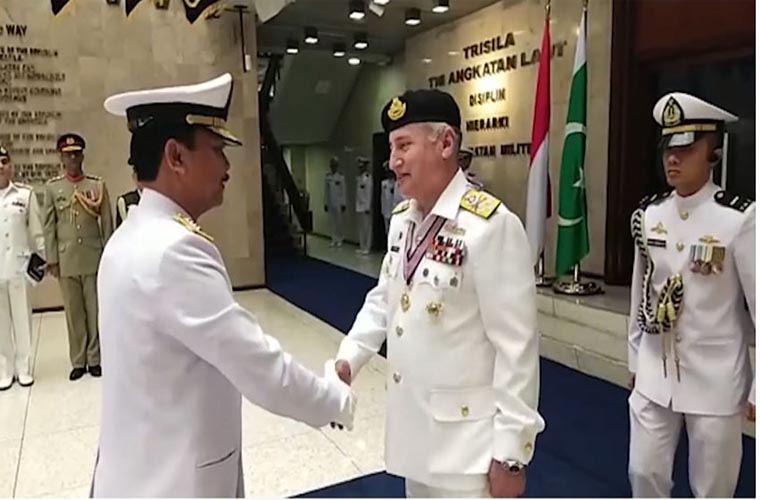 The most populous Muslim majority has recognized his services for strengthening the ties between the naval forces of both the countries.

In 2018, a historic milestone in Pakistan-Indonesia relations achieved when President of Indonesia, a visionary people’s leader of one of the largest Muslim country of the world, Joko Widodo arrived in Islamabad.
The President of Pakistan Mamnoon Hussain himself arrived at the Nur Khan Base to welcome his counterpart from a brotherly Islamic country.
Both Pakistan and Indonesia have decades of congeniality of relations between the two states.
Thea two-days state level visit showed the strengthened ties.
GTV