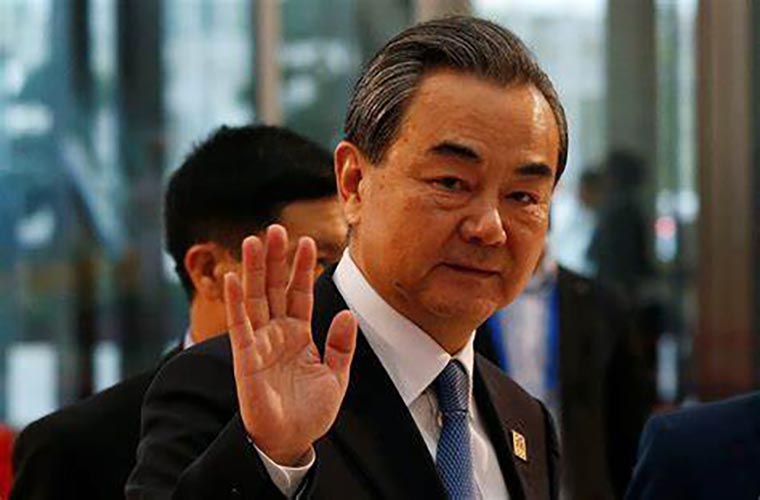 According to China’s Ministry of Foreign Affairs, he said this while talking to Foreign Minister Shah Mahmood Qureshi.

He said at a time when the Chinese people are experiencing difficulties, Pakistan has spared no effort to give China a helping hand.

Wang Yi further said that Pakistan has nearly a thousand citizens in Wuhan.

Moreover, he cited that Pakistani government stated that it has no intention to rush them out.

That, Wang Yi apreciated as fully reflected its trust in the Chinese government.

He said China will continue to safeguard the safety and health of Pakistani brothers and sisters.

He also assured that China would provide them with all necessary assistance.

Wang Yi remarked that both China and Pakistan were close neighbors and had a fine tradition of helping each other.

He stated that under President Xi Jinping’s personal deployment, China had established a nationwide mechanism and taken decisive measures to prevent and control the epidemic.
“At present, all work is progressing in an orderly manner, and China is fully capable, confident and confident in achieving its final victory,” he added.
The Chinese foreign minister pointed out that the World Health Organization (WHO) clearly stressed that China’s measures to prevent and control the epidemic were timely and effective, and the WHO clearly did not support any travel or trade restrictions on China.
He said that WHO’s professional advice was still in the ear, and individual countries have announced comprehensive travel bans on China. This risky approach was not desirable in international exchanges.
“We believe that the international community, including Pakistan, can fully respect the important opinions of WHO and continue to support China’s efforts to prevent and control the epidemic,” he added.akistan firmly supported China’s efforts to prevent and control the new coronavirus epidemic and was willing to provide China with all help in fighting the epidemic and added, “the Pakistani side will send military supplies to China in the near future.”
He said that at this difficult time, the people of Pakistan would stand firmly with the brotherly Chinese people.
“The international community generally appreciates China’s timely and effective measures to deal with the epidemic, but there are also some forces trying to take the opportunity to create panic, and Pakistan firmly opposes this,” he added.
He said that the Pakistani government believed that China was fully capable of ensuring the safety and health of foreign citizens in China, and thanked China for caring for Pakistani people in China as much as it cares about its citizens.
“Pakistan firmly believes that under the leadership of President Xi Jinping, the Chinese people will be able to achieve the final victory in the fight against the epidemic,” he added.

IHC orders to remove the terrorism charges against Imran Khan