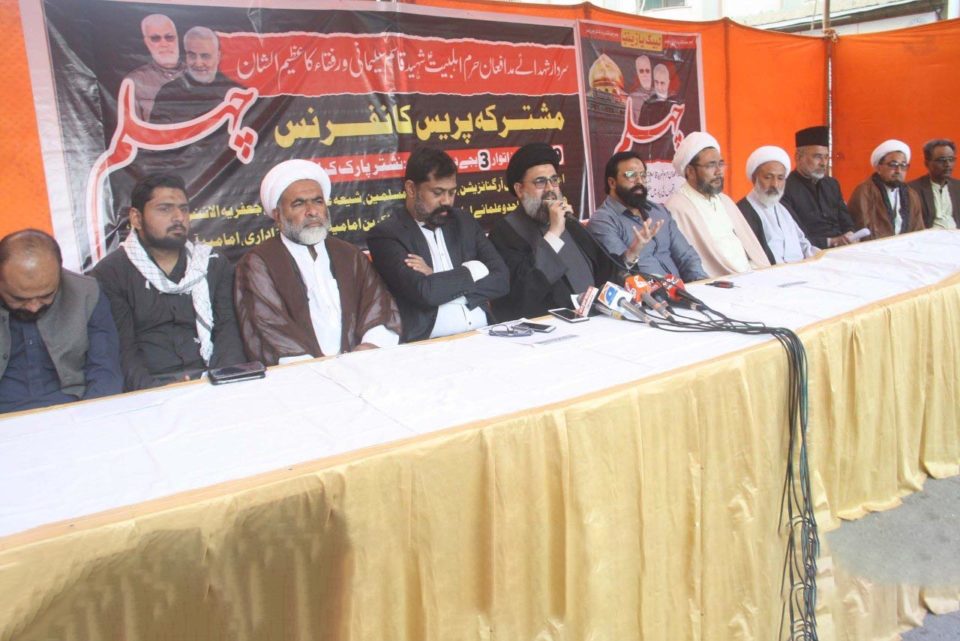 Shia parties’ leader said that US establishment consider resistance bloc, China and Russia a challenge to its hegemonic design. Hence, US aims to disturb them and the entire region.

They also held US responsible for economic and political crisis in Pakistan. However, they urged Foreign Minister Shah Mehmood Qureshi to refrain from serving some Sheikhdoms and US like slave.

They called for independent foreign policy of Pakistan instead of toeing US and Arab sheikhs/royals’ line.