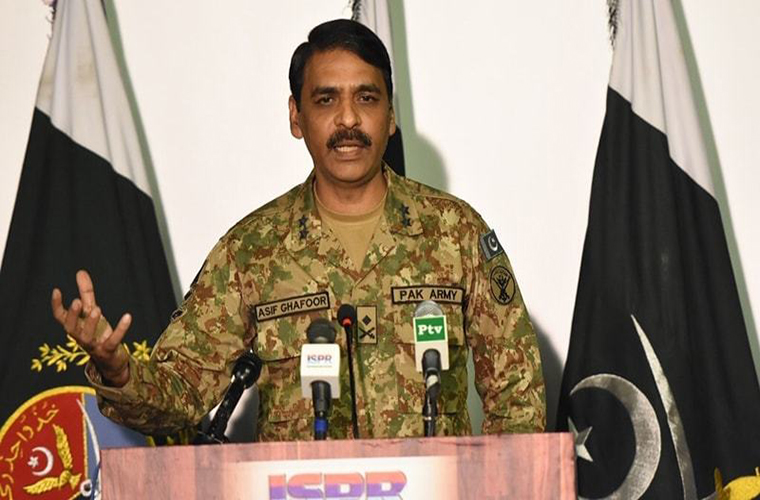 Talking to news men in Islamabad, he said Pakistan armed forces and the entire nation will give an effective response in case of an imposed war as the war will be started by New Delhi, but it will be brought to an end by us.

Giving a hard-hitting response to the statements of Indian civil and military leaderships that they would wipe out Pakistan within 10 days, he termed such statements as irresponsible and void of facts.

He said no power on earth could defeat a united nation.

About prevailing situation in Occupied Kashmir, Maj Gen Asif Ghafoor said the Indian leadership should stop its atrocities in the occupied Jammu and Kashmir as the fire ignited there could engulf the whole region.

He reiterated that if the war is imposed, Pakistan would respond with full force and no side win in a battle rather it is humanity which suffers.

He said the three armed forces of Pakistan got themselves recognized as the best ones in the world.

He said the Army Chief always considered the security and development of Pakistan as supreme, and elevated its status among the comity of nations.

Thanking the media, the nation and the social media users, Maj Gen Asif Ghafoor said we all have a commitment to the motherland, its soil and the countrymen, and above all the Kashmiri brethren and we will fulfill our commitment by the grace of Allah Almighty.

Coronavirus has killed 301 people in Pakistan so far