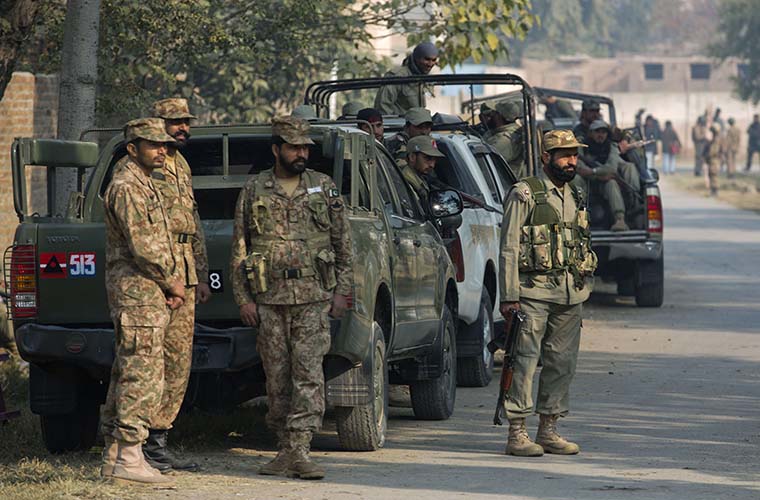 On January 28 last, at least two terrorists of a banned outfit gunned down.
The Counter Terrorism Department (CTD) personnel carried out operation in Surkhab Camp area.

Two terrorists were hiding there. They tried to flee while firing.

Finally, the gun-battle left two of the terrorists dead.

According to CTD spokespersons, those killed had remained involved in several cases of terrorism.

The CTD officials also confiscated large amount of ammunition during the operation.

However, another gunfight of the security forces left two terrorists dead in Kyber Pakhtunkhwa.