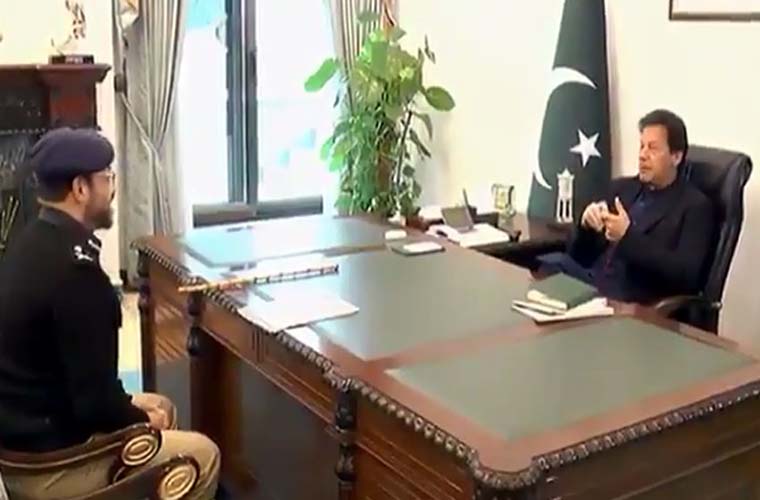 During the meeting, top police cop of the province briefed him on overall situation.

With a smiling face, IG shared his viewpoint with Prime Minister.

PM Khan also frankly talked to him amid demand from Sindh government for transfer of Kaleem Imam.

Sources claimed that PM also sought his opinion on possibility of new assignment to him.

On the other hand, Sindh minister Saeed Ghani rejected consultation with  Sindh governor on the issue.

He said Sindh proposed five names for new IG and finally PM and CM agreed on one nominee.

PM had summoned IG Sindh Kaleem Imam due to persisting controversy on his posting in the province.

Board exams cancelled reluctantly for safety of students: Minister