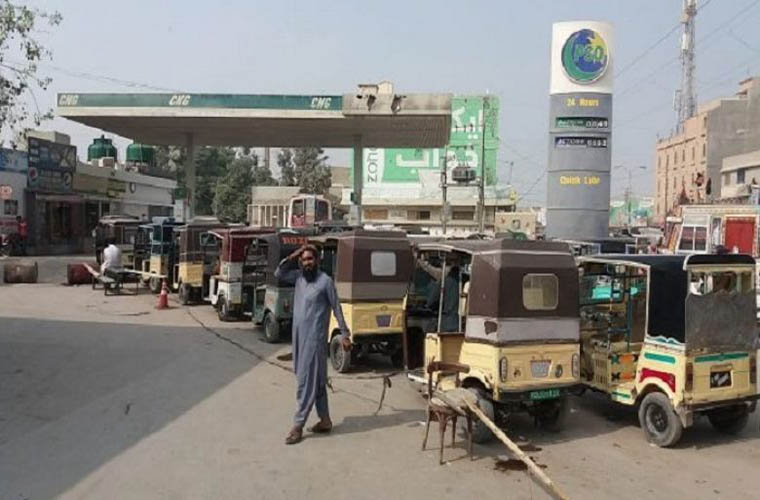 CNG stations reopened for 12 hours in Sindh including Karachi.

The 12 hour reopening began at 8:00pm on Tuesday. They will shut down again at 8:00am today (Wednesday).

According to Sui Southern Gas Company (SSGC) spokesperson, the company is facing difficulties to meet the demand of domestic and commercial gas consumers in the province.

Due to low pressure and shortage because of increased consumption, the SSGC and SNGPL suspend gas supply to many categories of consumers.

Specially, the CNG stations supply remain suspended due to preference to domestic consumers.

For instance, in Dec 2020, CNG stations closed within 9 hours after resumed sell in Karachi.

According to SSGC, it would announce new schedule for reopening of CNG keeping in view gas pressure.

Hence,  it has to close down CNG stations.

Although the minister made tall claim on uninterrupted gas supply to domestic consumers on priority basis across the country, ground reality remains vice versa.

Even, the capital city of Punjab province, Lahore, long for CNG for last one week.

The residents of Lahore have complained that closure of CNG for last seven days paralysed their life.

On the other hand, lower pressure of gas remains a constant problems for them.

While talking to a private news channel, he said that hectic efforts are being made to bring improvement in the gas field infrastructure.