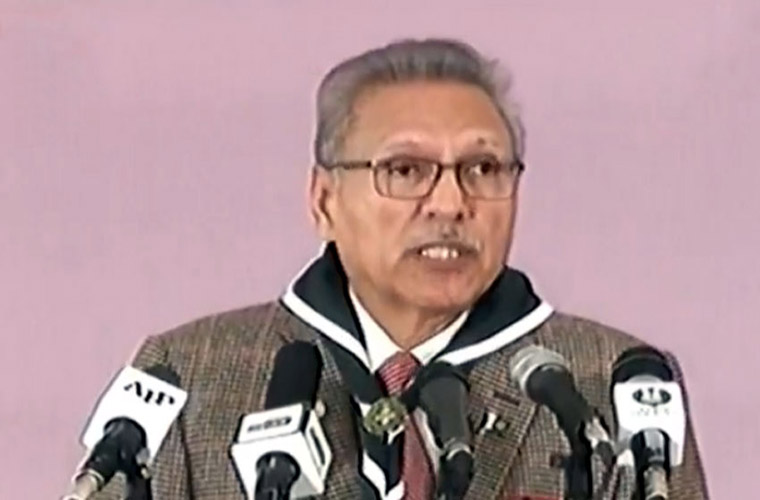 President Dr. Arif Alvi reiterated this pledge while addressing a ceremony after taking oath as the Chief Scout in Islamabad on Tuesday.

He reaffirmed Pakistan’s commitment to peace and stability in the region to cope with multiple challenges including those of poverty and ignorance.

The President regretted that India was imposing conflict and problems on Pakistan.

He pointed out that Prime Minister Imran Khan made his utmost efforts to talk peace with India in order to avoid any conflict.

However, he noted that India also need to reciprocate to our peace gestures.

President Alvi said that Pakistan only wants to move forward on the path of progress and development.

Pakistan wants to move in this direction as per the vision of its founding fathers, he said.

President of Pakistan also underlined importance of Scouts in the society.

He emphasised that the scouts constructively play their role to bring improvement in different sectors.

Specially, he referred to promotion of education and better hygiene due to scouting.

He said the present government is striving to bring reforms in the education sector and bring out of school children to the educational institutions. He said the scouts should support the government’s initiative especially in the rural areas.

Referring to the issue of global warming, the President said the scouts should actively participate in the plantation campaigns to deal with this issue.

Arif Alvi said that the Scouts should be trained in the First Aid so that they could positively contribute to the society during difficult times.