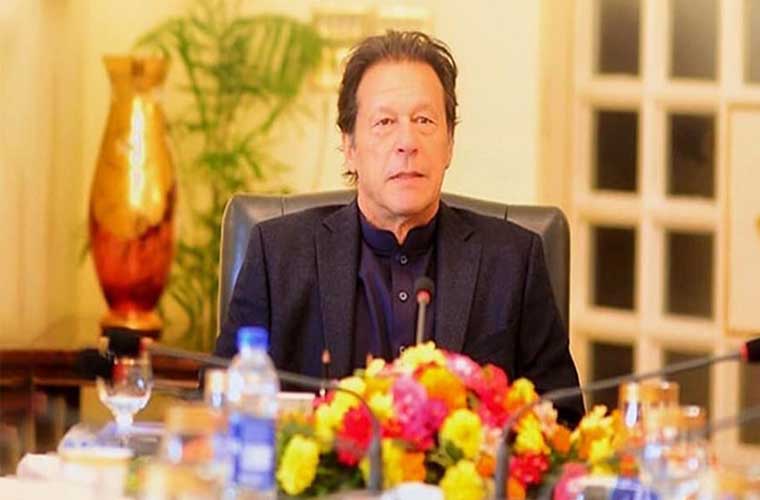 As per schedule, the prime minister will meet Pir Pagara at Kingri House.
During the visit, he will also hold separate meeting with Sindh Chief Minister Syed Murad Ali Shah.
However, schdule doesn’t include PM Imran Khan’s meeting with Muttahida Qaumi Movement-Pakistan (MQM-P).
Although, the MQM-P has confirmed the reports of not receiving any invitation to meet the prime minister, strong possibility of meeting remains in place.
.
The MQM-P had expressed the desire that the PM Imran should visit Bahadurabad during his Karachi visit.

Imran Khan will hold a meeting with the businessmen of Karachi and the fund raising programme for Shaukat Khanum Hospital.

He will also distribute cheques among beneficiaries of subsidised business loans.
The federal government is giving the loan under Kamyab Jawan Programme – Youth Entrepreneurship Scheme.
Sindh Governor Imran Ismail, federal ministers and a large number of youths selected under the loan programme will attend the ceremony at the Governor House.
Meanwhile,  Prime Minister will also attend the fund raising event of Shaukat Khanum Memorial Cancer Hospital.

Sindh-based GDA and MQM have made public their complaints against the PTI-led federal government.

They had joined the PTI-led coalition while opposing the Pakistan Peoples Party.

However, he also urged them to quit PTI coalition and support Opposition at Centre.

MQM demands reopening of its offices as a condition to rejoin cabinet
Sindh govt recommends Thebo, Mahar and Fazal for IG Sindh police