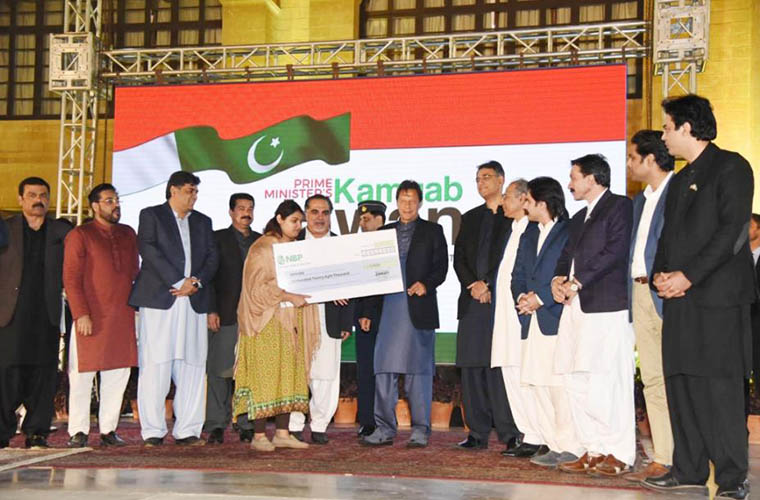 PM highlights youth as the biggest asset of Pakistan while government is giving due attention to financially empower them.

Prime Minister Imran Khan said that such programmes are vital in the development of any countries.

He said a society can develop only when youth of the country are given opportunities in lifting the nation.

He said Pakistan has second youngest population in the world.

Moreover, their talent can be harnessed for progress and prosperity of the country.

PM said the government has started programmes for skill development of youth under Hunarmand Jawan Program.

Furthermore, he said youth can change the economic lot of the country.

He said this program is aimed at youth and its success will depend on awarding the loans on merit.

The Prime Minister said merit defines the success of any society. He said programmes fail when dishonesty comes and meritocracy is ignored.

Imran Khan said the country is blessed with rich mineral deposits, cultural sites and other blessings.
He said our country is endowed with rich talent but that was not given attention in past.

Citing the success of overseas Pakistanis, the Prime Minister said that is only due to merit in those societies.

The Prime Minister regretted that in past institutions of the country weakened due to ignoring of merit and giving preference to people on the basis of nepotism.

He said Ehsaas program started by the government at the cost of 190 billion rupees help uplift the downtrodden and poor masses of the country.

While addressing the fund raising ceremony of Shaukat Khanum Cancer Hospital at PAF Museum in Karachi, he noted the middle and lower class donated maximum funds for the hospital.

The Prime Minister said equal medical facilities are provided to everyone at SKMH.

He said that the hospital is also providing seventy five per cent free medical treatments to the patients.

He announced Shaukat Khanum Hospital in Karachi will be the most modern cancer hospital of the country.

PM Shehbaz to inaugurates Phase II of Thar Coal mine