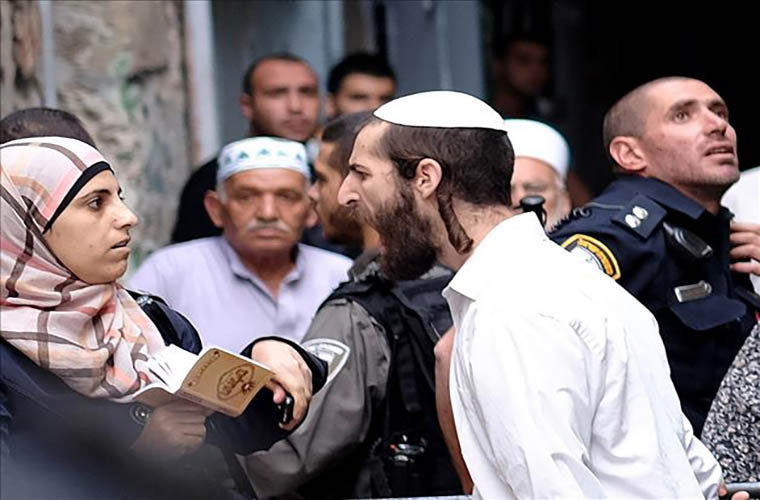 Palestinians under Israeli occupation need Saudi permission for KSA visit although Israel has granted limited permission to them.

Although Sunday report of Israeli permission shows warming ties, it has raised many questions among Muslima and Arabs around the world.
Since overwhelming majority in Arab/Muslim countries consider Israel an illegal occupier of Palestine, they question what does “Israeli citizen” mean in the Reuters report.

Israel continues to occupy Jerusalem (Quds) but international law endorsed Muslims/Arabs viewpoint against Israeli occupation.
That means Israel will allow Palestinian Muslims living under Israel occupied Arab/Muslim land of Palestine as Israeli citizens?
However, Reuters report had Israel allowed citizens to travel to Saudi Arabia for the first time, under certain conditions.
The conditions include Israeli entrepreneurs seeking investments and for religious reasons.
Israeli Interior Minister Aryeh Deri, after consulting the country’s security establishment, issued a statement.
He said that Israelis would be allowed to travel to Saudi Arabia under two circumstances: for religious reasons on pilgrimage on the haj, or for up to nine days for business reasons such as investment or meetings.
Travelers would still need an invitation and permission from the Saudi authorities, the statement said.
Prime Minister Benjamin Netanyahu has been looking to capitalize on common interests because Israel considers Iran a threat.
Besides, he is also marketing Israeli technologies to try and further normalize relations.
Reuters reported “Israelis” — mostly Muslims going on pilgrimage — have been traveling to Saudi Arabia for years but usually with special permission or using foreign passports.