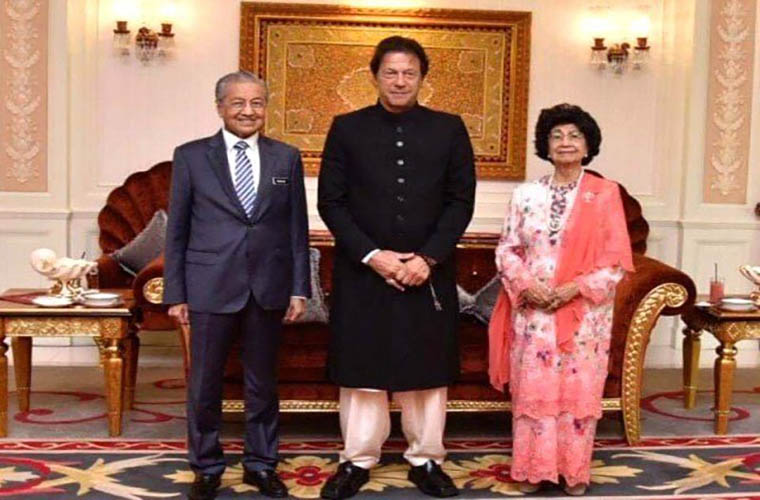 Pakistan PM to visit Malaysia on February 03. A high level delegation will accompany him.

Private news channels reported finalized schedule of the visit. However, government media has not confirmed it so far.

PM Khan will lead a high-level delegation during visit to Malaysia on February 3.
He will hold meeting with his Malaysian counterpart Mahathir Mohamed to discuss important issues.
The meeting will discuss issues relating to bilateral relations, trade and investment.
But, political observers say that it would amount to a damage control visit.
They say Prime Minister Imran Khan had skipped Kuala Lumpur Summit.
They also noted Turkish President Recep Tayyip Erdogan’s blaming Saudi Arabia and UAE for pressuring Pakistan to skip KL Summit.
Later, Prime Minister had reportedly made telephonic conversation with his Malaysian counterpart Mahathir Mohamed.

Regarding the absence of Pakistan and Indonesia at the summit, he said he wanted them present as well.

But Saudi embassy in Islamabad rebuffed the reports that the Kingdom had allegedly pressured Pakistan.

It had to issue a clarification on the allegations.