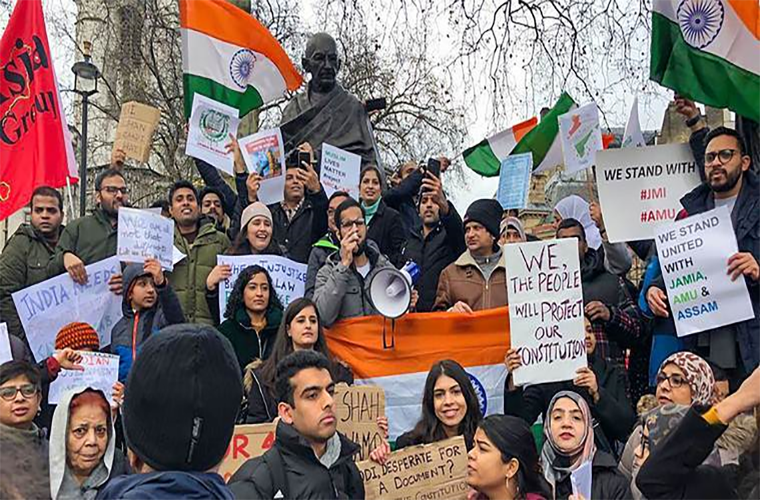 Indian Americans protest in 30 US Cities against citizenship law.
Thousands of slogan-shouting Indian-Americans staged a demonstration near the Consulate of India in New York.
They were protesting against new citizenship regulations that discriminate against Muslims.
‘Coalition Against Genocide’ — a grouping of some 40 organizations based in the United States and Canada organized the protest.