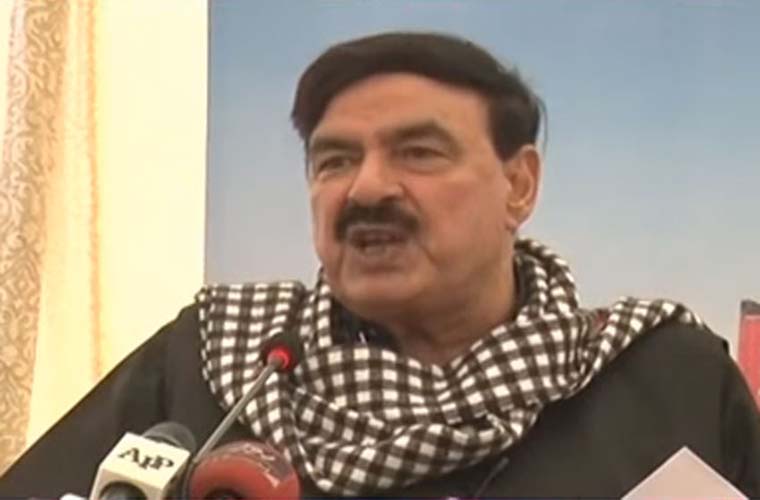 Federal Minister for Railways Sheikh Rashid Ahmed said ML-1 project is the purpose of his life.

He said that he wouldm resign after its completion.

He said this while addressing a ceremony at the Mughalpura Dry Port.

Sheikh had performed inaugural of a freight train there.

He termed the ML-1 project as a revolutionary step.

He emphasised that the government would complete it.

The railway minister said that railways is going to open five dry ports in one month.

He termed progress of this department synonymous with Pakistan’s development.

Meanwhile, he announced installation of trackers in freight trains.

He said PM Khan is fully capable to deal with all difficulties.

He claimed that no other government faced the problems that we have faced in 16 months.

But he vowed they would not allow any conspiracy against the China Pakistan Economic Corridor (CPEC) to succeed. The federal minister admitted that a strong price control committee is required in the country after the flour crisis.

However, CPEC remains an apple of discord between US and Pakistan with US opposing it.

But Pakistan and China have turned down US allegations against the project.

Over 12937 people died due to Coronavirus in Pakistan so far