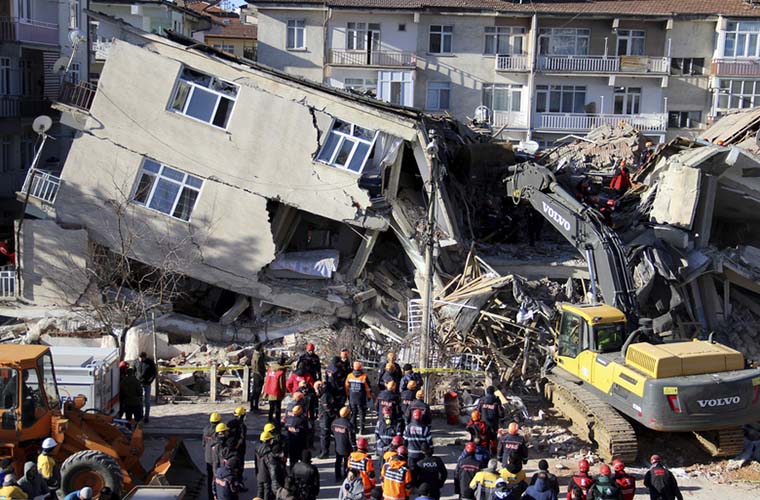 Pakistan leaders grieved over human losses due to earthquake in Turkey.

In their separate, statements, they expressed deep grief over the deaths and destruction.

President Dr Arif Alvi Saturday said that people of Pakistan share the grief with their Turkish brethren. He said Pakistanis stand by them.

He also prayed for peace of the departed souls and early recovery of those injured in the tragedy.

According to Turkish official news agency, the deadly earthquake hitting eastern Turkey had killed more than 20 people and injured above 1,000 others.

The 6.8-magnitude quake hit eastern Elazig province at 2055 hours local time on Friday, with its epicenter in Sivrice district which also impacted the neighboring provinces and countries including Syria and Georgia.

Meanwhile, Prime Minister said that our thoughts and prayers are with the brotherly people and government of Turkey.

He said that we stand by the Turkish leadership and people in this hour of distress,.

He said Pakistan stood by them and was ready to lend any assistance in this hour of need.

The prime minister also sympathized with the bereaved families and prayed for early recovery of the injured.

In a message issued by Bab ul Quraish here, Shah Mehmood Qureshi expressed his deep sorrow over the human loss and damage to the infrastructure.

FM observed that the whole Pakistani nation was standing by Turkish leadership and masses in this difficult time.

Credit goes to Pakistan for wooing Taliban to talks for resolving issues: FM