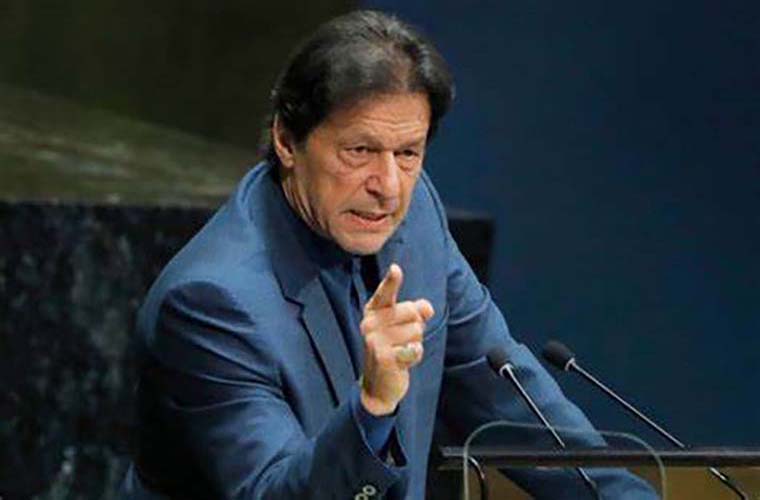 PM urges Pakistanis to come out on February 5 to support 8m Kashmiris. He made this appeal to Pakistanis at home and abroad.

In a tweet message, Prime Minister Imran Khan made this appeal to Pakistanis at home and abroad.

Shah Mehmood Qureshi also announced a pro-Kashmir media campaign.
Furthermore, he announced a photo exhibition regarding the struggle of Kashmiris on 28th January across the country.
Under the campaign, FM also announced a seminar on 30th of January in Islamabad to raise the Kashmir issue.

Besides, Chairman Kashmir Committee Syed Fakhar Imam will hold a press conference on the issue of Kashmir on 31st January.
He said a function will be arranged at the convention center to share and discuss the ground realties of the held valley with the youth.
Shah Mehmood announced distribution of ration in the refugee’s camps of Kashmir the same day.
Government has planned an event regarding Kashmir Day at Aiwan-e-Sadar in which the entire diplomatic corps will be invited.
He also shared the plans for four o five different events.
These would include formation of human chain on 5th February to vigorously highlight the issue of Kashmir.

Prime Minister Imran Khan will address a public gathering at Mirpur to raise the issue of Occupied Kashmir.
The FM also announced rallies across the country to express solidarity with the Kashmiri brethren.
He said regional peace and security remain under threat after the 5th August step of India to revoke the special status of Occupied Kashmir.
He said Occupied Kashmir humanitarian crisis is witnessing and ground realities are corroborating our narrative on Kashmir.
The FM said that 175 days have passed of the lockdown of Kashmir where India usurped all fundamental rights.