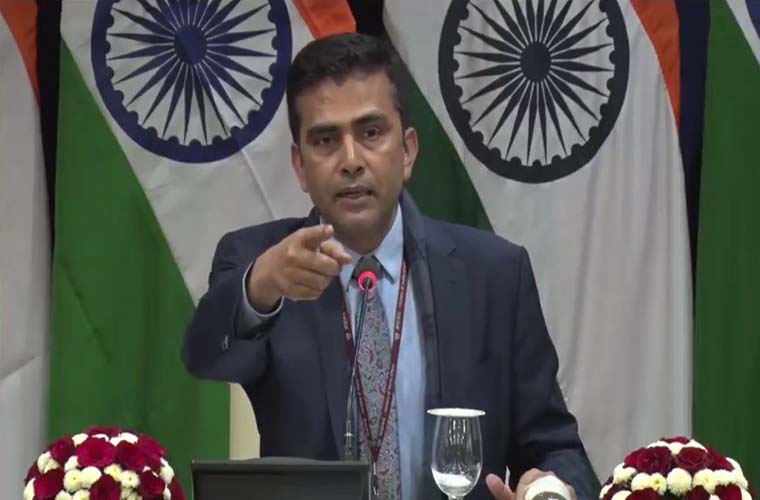 India again rejects US President Donald Trump offer on Kashmir.
The news agency IANS reported reaction from India Ministry of External Affairs.
The MEA spokesperson Raveesh Kumar turned down it saying the offer contains nothing new.
He said: “We have seen President Trump’s remarks. Let me once again reiterate that there is no role for any third party in the matter.”

However, Raveesh Kumar said thagt if at all there are any bilateral issues between India and Pakistan to be discussed, it should be done bilaterally.”
He said that “the onus is on Pakistan to create a conducive atmosphere free from terror and violence”.
He failed to hint at resumption of talks with Pakistan in his mantra of bilateralism. It may be recalled that Kashmir issue has been on UN agenda for over last seven decades.
The U.S. President’s made latest offer at a joint press appearance with Pakistan Prime Minister Imran Khan.
Both had met at the World Economic Forum meeting in Davos, Switzerland, on Wednesday.
Trump had repeated a previous offer he made in June 2019.
On the other hand, Kashmiris are preparing to observe India Republic Day as Black Day.
India observes Republic Day on January 26.

PTI PML-N and PPP leaders reactions on US President remarks